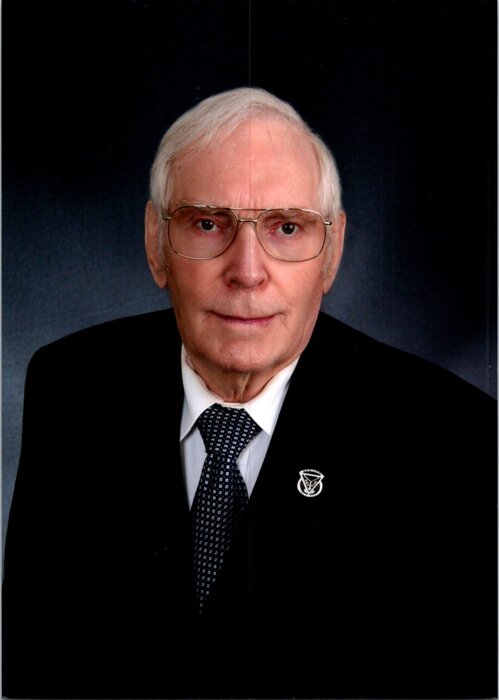 Please share a memory of Vernon to include in a keepsake book for family and friends.
View Tribute Book

The family of Vernon Glendenning Green is saddened to share the news of his passing on the morning of December 24, 2022, at the age of 89 following a few years of declining health. He and his wife Laurine (Nicholson) were married for 67 years.

Born on April 4, 1933, in Bloomfield Ridge on the Upper Miramichi, was the son of Glenn and Bertha (Moir) Green. Growing up, he developed what would become a life-long love of the outdoors. His first job was working in the kitchen of the fishing and hunting camps owned and operated by his father, catering to mostly American “sports” who would travel to the Miramichi for its world-class salmon fishing. When the family relocated to , in the early 1950’s, began working in the Green’s new supermarket located on .

met his future wife Laurine at a young peoples’ club. They were married in August 1955. At the time, was working with University Press in , and Laurine had begun her teaching career.

soon embarked on a new career of his own in the financial services industry, beginning with Cooperators Insurance. He then went to work for Eastern and Chartered Trust and its successor company Canada Permanent Trust, first in Fredericton and then for seven years in New Glasgow, Nova Scotia, where he served as the branch’s Mortgage Officer. In 1977, took a position with the Mortgage Insurance Company of in , and after three years the family returned to when accepted a job with Royal Trust. The final chapter of his working life was as a proud provincial civil servant when he joined the New Brunswick Department of Transportation as a Right-of-Way Agent. He remained in that role until he retired.

Following retirement, and Laurine spent many happy winters at Settler’s Rest in , , where they made a new circle of friends, and kept busy with his passion for home renovation and small construction projects. He enjoyed visiting the second-hand sales in the area and amassed a collection of tools and cast-iron cookware.

In the early 1950’s, was invited by a friend to join the Fredericton Phalanx Club, a group for young men associated with the Fredericton YMCA. When he and the others in the group became too old for the Phalanx program, they decided to form a new club and became charter members of the Epsilon Y’s Men’s Club. also sang in the chorus of the group’s travelling musical revue, helping to raise money to combat polio.

Over the years, was at one time a member of the Fredericton Kinsmen Club and later the United Commercial Travellers. Throughout his life, he was an active member of the United Church of Canada, first in Bloomfield Ridge, for many years at Saint Paul’s United in Fredericton, and when they were living elsewhere, Trinity United in New Glasgow and Mount

Royal United in . was a dedicated blood donor, and always tried to donate the maximum amount allowable each year, until he was no longer eligible to because of his age.

enjoyed fishing, canoeing, and camping. He and Laurine owned several travel trailers over the years, travelling first with their children and later on their own. was a favourite destination.

Always a gentleman, was quick to hold open a door or pull out a chair. He was kind and considerate and always put the needs of family and others before his own. Entirely self-taught, he could build or repair almost anything, and was in his element when trying to come up with inventive ways to create or fix something. Blessed with a dry sense of humour, liked to make others laugh. He was also a wonderful storyteller, and particularly enjoyed recounting moments from his early years on the Miramichi.

took great pride in the accomplishments of his two children, Lana (David Meagher) of and Bradley (Jennifer Sutherland Green) of . He enthusiastically volunteered on Bradley’s political campaigns, happily taking responsibility for the sign crew. His grandchildren brought great joy to ’s life, and he loved spending time with them and supporting them in their busy lives.

In addition to his parents, was predeceased by his brothers Emerson and Dale, and his sister-in-law Shirley. He is survived by his wife Laurine, his children Lana and Bradley, his son-in-law David, his daughter-in-law Jennifer, and his grandchildren Colton Meagher, Chad Meagher, Claire Green, Kate Green, and Ella Green.

The family would like to thank the staff of Paradise Villa, especially those working on the unit, the nurses of the Extra Mural Program, Dr. Naomi White and the staff at her medical office in Oromocto, and Dr. Jill Hudson for the kindness they showed and the care they provided.

For those who wish, donations may be made to ’s , the Epsilon Y’s Men’s Club Memorial Fund, or a charity of the donor’s choice.

Arrangements have been entrusted to York Funeral Home. Details will be announced at a later date. Personal condolences may be offered through www.yorkfh.com