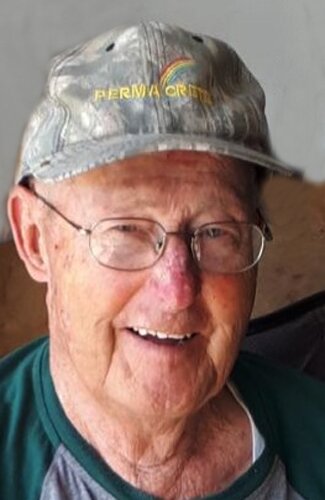 On Wednesday May 11th, our father Fred Haines Jr. left this world on his own terms, much the same way that he lived his life.

He was husband to the copilot of his life, the late Juanita (Calhoun) Haines. He was born on November 22, 1937 in Saskatchewan, he was the son of the late Frederick and Eva (Dayton) Haines.

Fred is survived by his daughters, Tawney Perri (Frank) and Stephanie Haines-Lacey (Mark); sister, Charrie Harris (and the Late Scott Harris); and grandsons Jordan, Adam, Willem and Miles, the prides of his life. Besides his wife and parents, Fred was predeceased by his son, Marty and daughter, Patricia Jane.

Fred spent his early years on a farm in Alberta and grew up in New Brunswick. He started working at the Daily Gleaner at the age of 17.  He held a strong work ethic and was very proud to say that he never took any sick days in the 35+ years that he worked there. He spent several of these years as the Treasurer to the Typographical Union.  During his years at the Gleaner he developed many lifelong friendships that still hold strong to this day. Many of these he had recently reminisced about and would entertain his visitors with vivid, detailed recounts of his life experiences.

When he wasn’t working, Fred could be found very comfortably at his home working in his garden, fixing small engines or building something. He loved fishing, hunting, buying and selling cars (pretty much anything with an engine) and taking care of his family.

In 2005, Fred lost Juanita and was never quite the same. However he found solace in his new way of life through hard work, routine, family and friends.

Before his passing, he had a hard fought battle with Cancer. While we are incredibly saddened to lose him, we understand and respect his choice.

Visitation will take place at York Funeral Home, 302 Brookside Drive, Fredericton on Saturday, May 14, 2022 from 1-3 pm; followed by a Graveside Service at Alexander Gibson Memorial Cemetery in Marysville at 4pm with Rev. Bob Jones officiating.  The family request that masks be worn for the visitation. In lieu of flowers, donations would be welcomed by the Canadian Cancer Society or to a charity of the donor’s choice.  Personal condolences may be offered through www.yorkfh.com