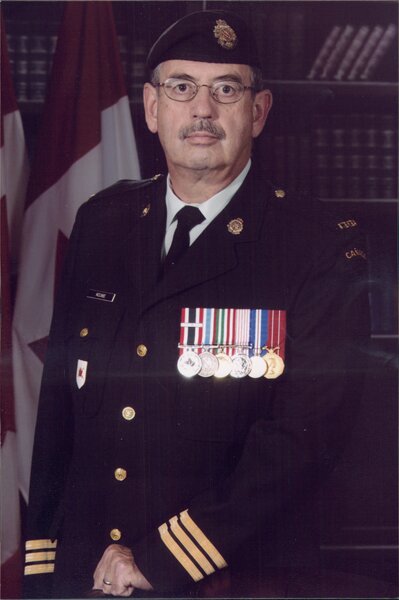 It is with great sadness that we announce the passing of (Ret’D) Malcolm McCabe on January 28 at Shannex Neill Hall, He passed peacefully with his family by his side.

Malcolm was born in in1946. He is a graduate of the and had an illustrious career in the Canadian Armed Forces, serving with honour for 41 years. He served in , the and , giving his family a life of adventures.

Malcolm enjoyed vacationing south in the winter playing golf with brother-in-law, Ron, and playing golf all summer at Gage with his good friend, Reg. He also enjoyed his quiet times on the deck with a colt cigar and a good single malt scotch. Above all, he was a true gentleman who treated everyone with kindness and respect.

Malcolm was a devoted husband to his wife, Sandra and an amazing Dad to son, Adam () and daughter, Kate (Rob). He was a doting grandfather to Lauren, Emma, Josh, Alex and Claire.

Malcolm was predeceased by his parents, Jack and Lillian McCabe and his sister JoAnn (Eric). He is survived by his brother, Charles ().

The family would like to extend thanks to the staff at Neill Hall who went above and beyond to make Malcolm’s last days comfortable. The family was treated with kindness and compassion during this difficult time.

Due to Covid there will be no service. A celebration of Malcom’s life will take place at a later date.

The family asks that any donations made in Malcolm’s honour be made to your charity of choice. Personal condolences may be offered through www.yorkfh.com

Share Your Memory of
Malcolm
Upload Your Memory View All Memories
Be the first to upload a memory!
Share A Memory
Send Flowers