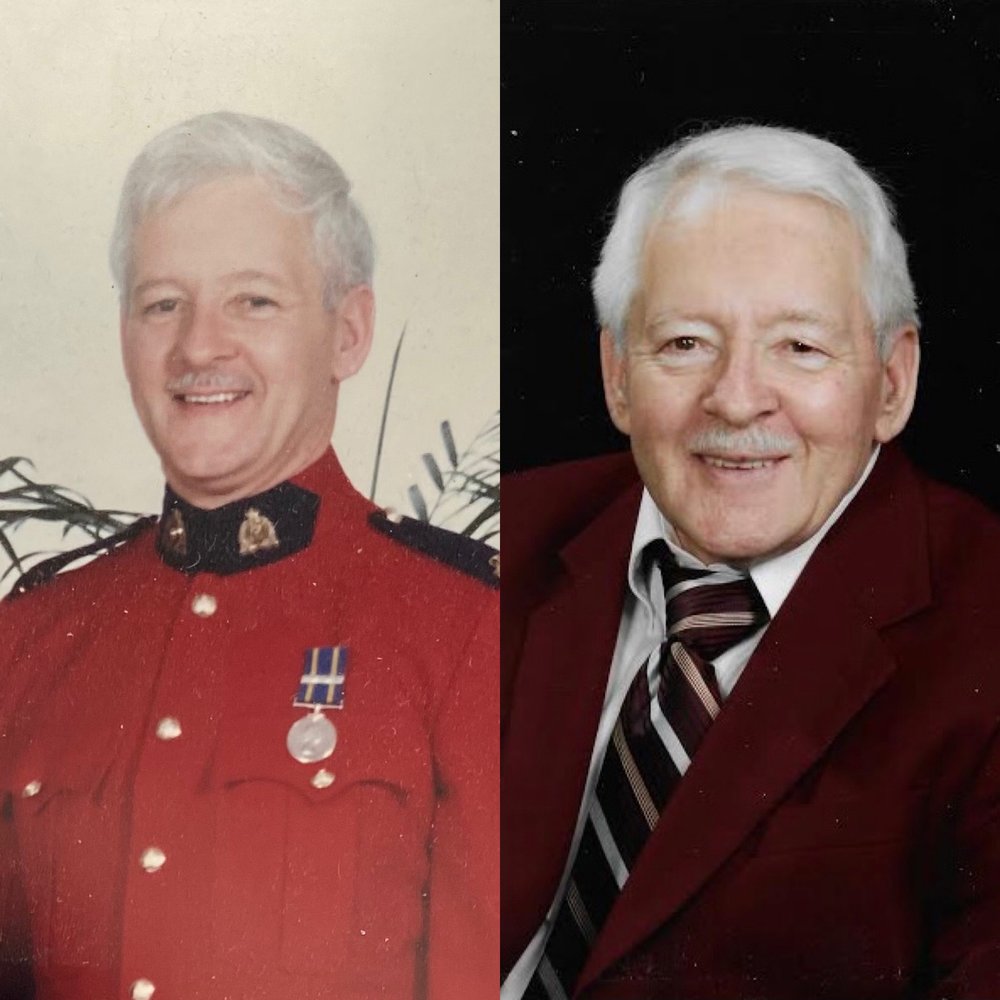 Stanley Arthur Merrithew, 82, of Upper Kingsclear, New Brunswick, passed away peacefully on March 21, 2021 at the Dr. Everett Chalmers Hospital in Fredericton, with his loving wife, Anne, at his side.

Although the Merrithew family hails from Plaster Rock, New Brunswick, Stan was the first child born to John and Earlyne Merrithew in 1938 in New Westminster, B.C. He is survived by his wife of 57 years (and the love of his life) Anne Merrithew (McElroy), son’s Scott (Tanya), Stewart (Chantale), and daughter, Angela Petryshyn (Kerry); grandchildren Andrew, Nicole, and Tom (“George”). He is also survived and will be missed by siblings Allen (Syl), Audrie Winsley(John) and Wilbert (Sue), and too many other family members and friends to name.

Stan had a passion for the outdoors, for country music, golfing; and telling jokes. His biggest passion, however, was time spent with his family.

One seldom saw Stan without a beloved German Shepard dog, of which he and Anne adopted many over the years. He could be found (or not found) picking wild raspberries at one of his secret locations with his canine companion in tow.  Stan loved his time in the berry patch and he made amazing jams which he generously gave away.

He was a proud member of the Royal Canadian Mounted Police for 36 years, and an active member of New Brunswick’s RCMP Veteran’s Association.  Over his career, he was stationed at several locations throughout New Brunswick including Minto, Chipman, Woodstock, St. Stephen, McAdam, Petitcodiac, Riverview, Oromocto, and Fredericton.

Due to the ongoing pandemic a Celebration of Life will take place at a later date, when family and friends can safely travel.

In lieu of flowers, the family requests donations be made in support of the Keswick Ridge United Church or the RCMP Scholarship Fund. If you would like to donate or offer condolences, please visit www.yorkfh.com

The family would like to express special thanks to the nurses and staff at 4SE and Dr. Blyth at the DECH.

Celebration of Life at a later date