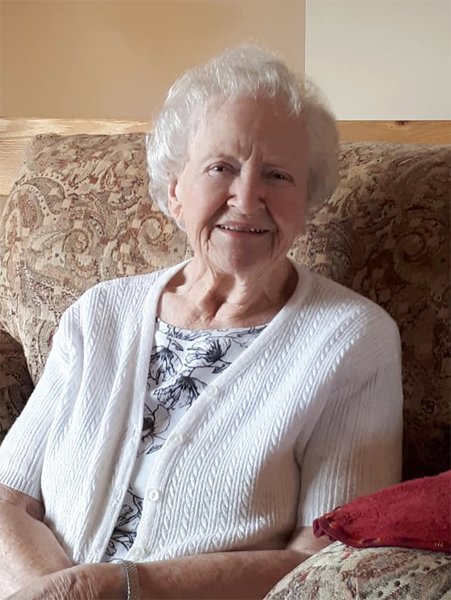 Family and friends are honouring the life of Elsie (Loxton) Norton, who passed away on her 95th birthday at Hospice House, . Born March 10, 1926 in , Elsie was the only child of the late Charles and Elspeth (Benzie) Loxton.

Known for her kindness, generosity and positive spirit, Elsie’s greatest vocation was building and serving her family. She was devoted to her late husband, Stuart, for over 67 years of marriage, and deeply loved their children, grandchildren and great-grandchildren. The Norton family emigrated from Broken Hill, Northern Rhodesia to , and initially lived in Belledune. Years later, with their children grown and creating their own families, Stuart and Elsie settled in . They were members of Anglican Church and its choir in They belonged to the Order of the Eastern Star and the Scottish Cultural Society, treasured their friends and neighbours, and enjoyed visits from young trick-or-treaters on Stuart’s Hallowe’en birthday. Elsie had a beautiful, welcoming smile and frequently filled a space with joyful, contagious laughter. She savoured all time spent with family, and particularly enjoyed celebrating holidays and special occasions together. Her handiwork was featured in various cherished gifts, from christening gowns to wedding dresses, and the sound of her playing the piano is a treasured memory.

Elsie’s family is grateful for the compassionate and responsive care provided at the end of her journey. For those who wish, donations to Hospice House (Palliative Care Resource Network Inc.)  in would be welcomed.