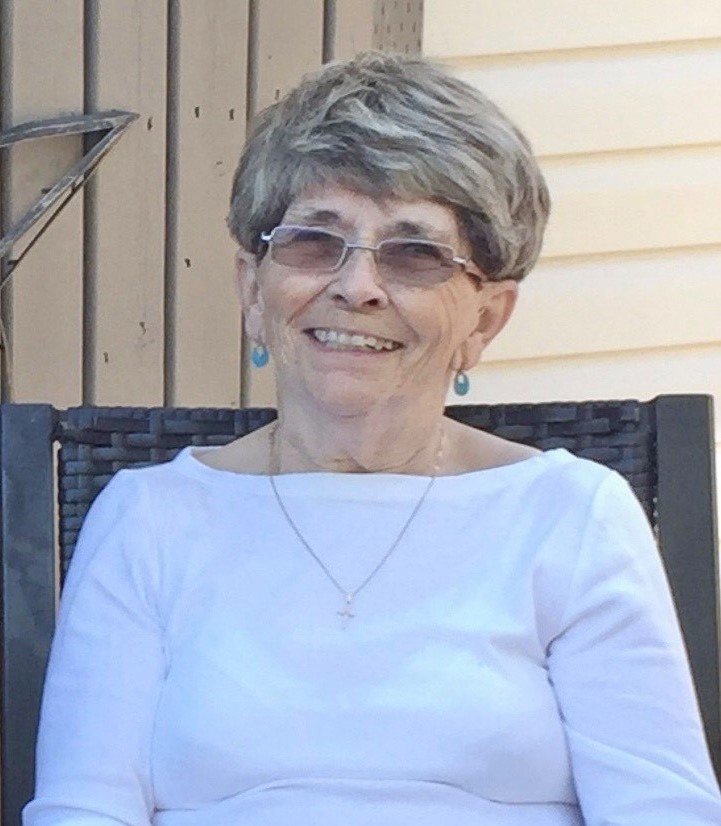 It is with heavy hearts and great sadness, the family of Marilyn Louise Embleton announces her sudden passing at home on January 1, 2021. Marilyn left this world with the love of her life, Pete (Brian) Embleton by her side.

Words cannot express the love that Marilyn had for her family; this love was returned in equal measure.

Born in McAdam, N.B., on July 4, 1944, Marilyn lived a full life, and loved her family and friends deeply. Caring for children at home for over 15 years, she provided a second home to many. Her second career at York Manor extended for the next 20 years; she truly had a passion for looking after others.

Marilyn will be forever missed by her loving husband of 54 years, Pete (Brian) and her two daughters Bobbi (Andrew Stillwell) and Stacey (Kevin Agar) of Fredericton. As anyone could attest, Marilyn considered her girls her greatest accomplishment; her daughters were the apple of her eye.

Marilyn’s greatest joy in recent years was found in making memories with her three cherished grandchildren; Jake, Molly, and Matt. Many memories with “Amma” were made at home, at the lake, and on their regular adventures together.  She was ever present in their lives, always their biggest fan at the rink, the basketball court and the ball fields.

Marilyn was the daughter of the late William and Annie MacDonald. She is predeceased by her late brother Bill MacDonald and sister Linda (Paul Lydon), and survived by sister Annabelle (Bob Taylor), sisters-in-law Bette MacDonald, Lori (Larry Brewer) and Dean (the late John Embleton), brothers-in-law Les (the late Joan Little) and Terry Embleton (Marie), and their families.

The family would like to give special thanks to Marilyn’s doctors in the Oncology department at the Saint John Regional Hospital, Dr. Michael and Dr. Naz, and Krista from extramural care for their kindness and compassion.

Due to Covid-19 restrictions a private family service will take place at the York Funeral Home’ T. Gordon MacLeod Memorial Chapel on Tuesday January 5, 2021. For those who wish, remembrances may be made to the Canadian Cancer Society or the Fredericton Food Bank. Personal condolences may be offered through www.yorkfh.com

Marilyn will be remembered fondly by her extended family and friends.

Share Your Memory of
Marilyn
Upload Your Memory View All Memories
Be the first to upload a memory!
Share A Memory
Plant a Tree