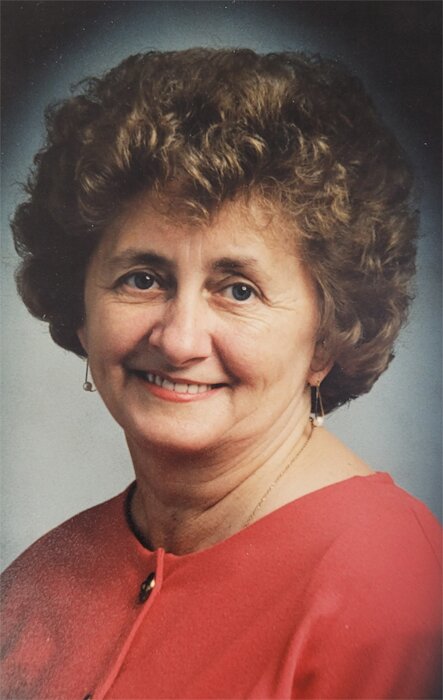 Please share a memory of Sally to include in a keepsake book for family and friends.
View Tribute Book

Sally Ann McAllister, age 81, passed away peacefully at Dr. Everett Chalmers Regional Hospital on January 22, 2023. Sally was born in Saint John, NB on May 18, 1941, the daughter of the late Edward and Esther (Robson) Wilson. A resident of Fredericton since 1988, she was named Maritimer of the Week by Live at 5 in 2004. Sally was proud to have served as the Senior Bowling Coordinator at Kingswood Resort (Hanwell Bowling) from 1989 to 2014, where she was well-loved by both staff and bowlers. She was an avid dancer, dancing with the Elm Tree Square Dance Club and frequenting the dance floor at the Legion for many years. Having imbued them with a strong work ethic and sense of pride, Sally was most proud of her role as a mother and mentor to her children.

Visitation will take place at York Funeral Home, 302 Brookside Drive, Fredericton, NB on Thursday, January 26, 2023, from 12-2 pm; followed by a Memorial Service at 2 pm with Rev. Ralph Irving officiating.  The service will also be available through www.yorkfh.com (Register at top of the obituary).  Interment will take place in Fredericton Rural Cemetery at a later date.  For those who wish, donations may be made to the Kidney Foundation of Canada.  Personal condolences may be offered through www.yorkfh.com.

Look inside to read what others have shared
Family and friends are coming together online to create a special keepsake. Every memory left on the online obituary will be automatically included in this book.
View Tribute Book
Share Your Memory of
Sally
Upload Your Memory View All Memories
Be the first to upload a memory!
Share A Memory
Send Flowers