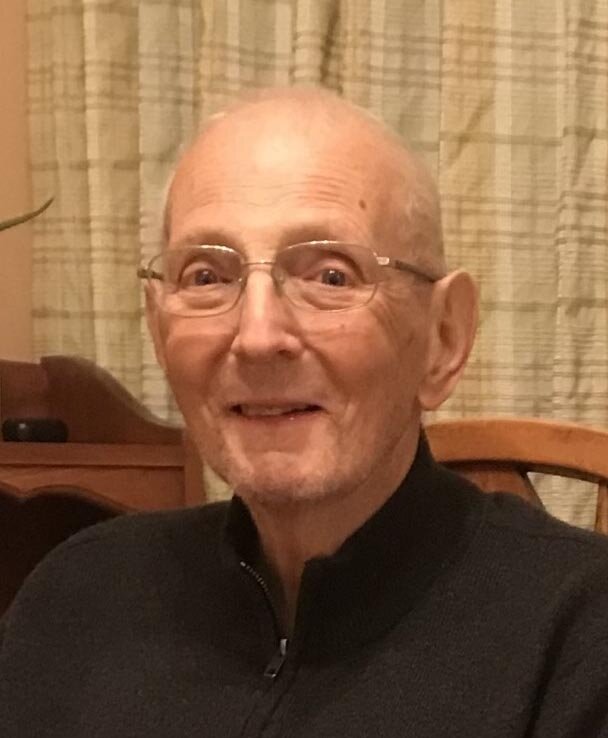 Please share a memory of Paul to include in a keepsake book for family and friends.
View Tribute Book

It is with the saddest of hearts that we announce the passing of Paul Albinie Leger, husband of Joan Leger, on Wednesday, December 14, 2022 at Hospice House in Fredericton.

Born on January 30, 1939 in Sunny Brae, Paul graduated from Moncton High School. He attended St. Joseph’s University for 2 years before transferring to UNB in Fredericton to complete his degree in electrical engineering. It was in Fredericton that Paul met Joan at a dance. “All the guys were trying to figure out who the new girl was. I just went and talked to her. The guys asked if I got her name. Yup. Did you get her number? Yup. Are you going to tell us? Are you nuts?” . They were married a year later, on December 28, 1963.

Following graduation, Paul was posted to CFB Petawawa for 2 years. Upon completion of his ROTP commitment, Paul left the military and they moved back to New Brunswick, eventually settling in Fredericton. Paul enjoyed a long career with the province of New Brunswick, first with Department of Education, later as Executive Director of Design and Construction with the Department of Supply and Services and retiring as Tax Commissioner with Department of Finance. Never one to back down from a fight when he knew he was right, most of Paul’s work stories would end with “and that’s when I was called into the Deputy’s office”.

Following his retirement from GNB in 1994, Paul rekindled his love of music. He joined the Fredericton Choral Society, then bought himself a saxophone and joined the Fredericton City Marching Band. After a while, he decided he needed a new challenge, bought a trumpet and became a founding member of the Second Chances Band. As much as he enjoyed the music, it was the friendships he made that he truly treasured, and the Thursday evenings at Mama’s Pub for a “Moose Light on tap”.

To thank them for their kindness and compassion, in lieu of flowers the family would request donations be made to Hospice House Fredericton. Funeral arrangements are in care of York Funeral home. Personal condolences may be offered through www.yorkfh.com

Look inside to read what others have shared
Family and friends are coming together online to create a special keepsake. Every memory left on the online obituary will be automatically included in this book.
View Tribute Book
Share Your Memory of
Paul
Upload Your Memory View All Memories
Be the first to upload a memory!
Share A Memory
Send Flowers