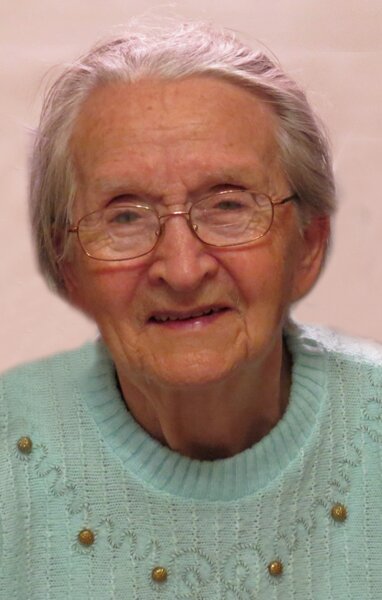 Please share a memory of Ruth to include in a keepsake book for family and friends.
View Tribute Book

It is with sadness that the family of Ruth Mollegaard announces her passing on September 7, 2022, at York Care Home at the age of 94 after a lengthy battle with Dementia. Born February 15, 1928 in , to the late Kirsten and Jens Peter Andersen. Ruth was the middle child of five children and was predeceased by brother Gunnar Andersen, sister Rosa Knudsen, brother Knud Borge Andersen and sister Magda Christoffersen who was 98 when she passed in 2021 in . Ruth was also predeceased by her husband Holger after 71 years of marriage September 21, 2020.

Ruth was a dedicated wife and mother who worked hard to maintain the home plus look after six children. She had a green thumb, loved to grow things and her garden was always neat and tidy like her home. Ruth and Holger were married in and Holger immigrated to first and got settled in to work. Ruth immigrated later with their eldest child joining Holger in . From they moved to and then in 1956 made their way east and settled in the area.

When Ruth was a young woman in she worked for Kelsen’s, a cookie factory in . So when ever you visited her home she would always serve you coffee and some kind of dessert. She loved talking about the Old Country. Plus her and Holger loved to travel and they made a number of trips to , and across . The family would also spend a lot of time at the cottage down on where the family enjoyed the summers. Ruth kept great photo albums and every picture that she took would indicate where and who was in the picture.

She will be sadly missed.

A private family gathering will be held at a later date. Arrangements are being held under the direction of York Funeral Home. Personal condolences may be offered through www.yorkfh.com

Look inside to read what others have shared
Family and friends are coming together online to create a special keepsake. Every memory left on the online obituary will be automatically included in this book.
View Tribute Book
Share Your Memory of
Ruth
Upload Your Memory View All Memories
Be the first to upload a memory!
Share A Memory
Send Flowers