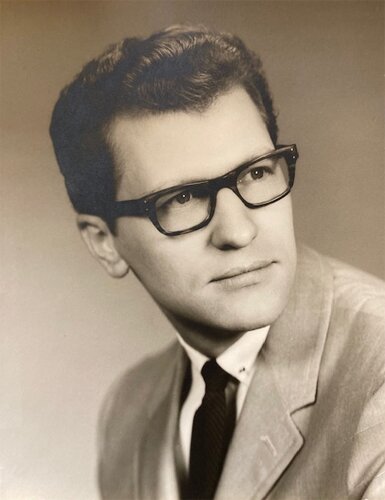 Please share a memory of Louis to include in a keepsake book for family and friends.
View Tribute Book

The passing of Louis Leandre Michaud of Fredericton, NB, occurred on September 7, 2022 at Dr. Everett Chalmers Regional Hospital.  Born on January 26, 1941 in Grand Falls, NB, he was the son of the late Omer and Rose (Morin) Michaud.  Louis was retired from NB Power. He enjoyed watching tennis.

Louis is survived by brother, Bert Michaud (Kathline) of Connecticut; nieces and nephews. He was predeceased by his sister, Jeanine Parker and brother, Lucien Michaud.

In keeping with Louis’s wishes, there will be no services at this time. A burial will be held in the Immaculate Conception Cemetery, Edmundston, NB, at a later date. For those who wish, remembrances may be made to a charity of the donor's choice. Personal condolences may be offered through www.yorkfh.com