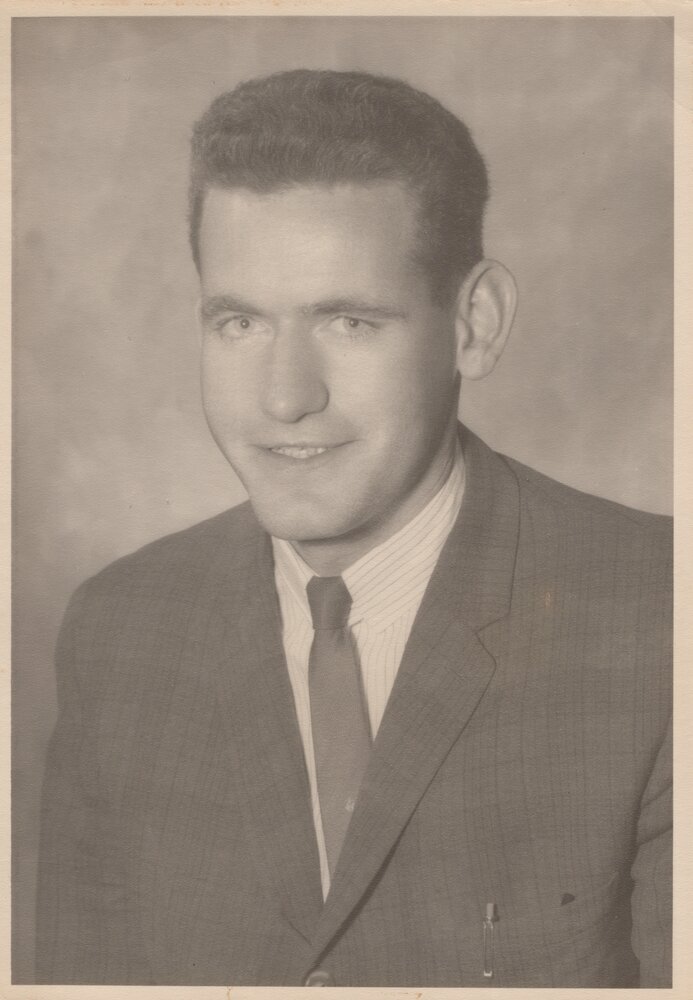 Edward Warren Daley, 78, of , passed away on August 9, 2022 at Hospice House Fredericton. He was born the eleventh of twelve children to William and Annie (née Hackett) on February 21, 1944 in

Edward married the love of his life, Margaret Mary Daley (née Lawlor) in 1972.  Along with Margaret, Edward is survived by his two sons (Matthew and Scott), sisters Barbara Regan, Evelyn O’Toole, Josephine Harrigan, brother Clayton, Godchildren Carla Daley, Krista Harrigan, Shaina Somers, Johnny Lawlor, Stephen O’Toole, and Michael Colford as well as many nephews and nieces.  Besides his parents, he was predeceased by brothers Billy, Raymond, Clarence, and Frankie and sisters Marie, Lita, and Margie.

A teacher by trade, Edward taught industrial arts at from its opening in 1977 until his retirement in 1999.  Edward would regularly run into former students while making his rounds at Home Hardware, Canadian Tire, Kents, or Home Depot, to purchase a new tool or to pick up supplies for his latest project.  An expert self-taught woodworker, Edward, with the help of his brothers, built his own house.  With his ever expanding workshop, Edward made much of the furniture for the house, turned many bowls out of exotic woods, and built a complete set of furniture for Margaret’s growing teddy bear collection.  His 75th birthday present to himself was the construction of a two-car garage, completed entirely on his own.

A funeral mass and celebration of life will be held at Saints John and Paul Catholic Church in New Maryland, NB on Monday, August 15, 2022 at 12 PM with Father Peter Osborne officiating.  Interment will take place at following the service and reception. The family wishes to thank Dr. Hadley, Dr. Goodyear and all the nurses and staff of the Palliative Care Unit of the Doctor Everett Chalmers Hospital and Hospice House Fredericton, for their wonderful care of Edward in his final weeks. In lieu of flowers, donations may be made in Edward’s name to Hospice House, Covenant House, Leprosy Mission Foundation or to a charity of the donor’s choice. Personal condolences may be offered through www.yorkfh.com

Share Your Memory of
Edward
Upload Your Memory View All Memories
Be the first to upload a memory!
Share A Memory
Send Flowers