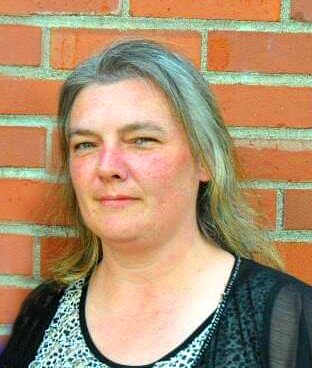 Please share a memory of Lori to include in a keepsake book for family and friends.
View Tribute Book

It is with heavy hearts, the children, grandson & boyfriend of Lori Lee Woodcock () announce her sudden, peaceful passing on Tuesday, August 2, 2022 at the Dr. Everett Chalmers Regional Hospital due to a stroke. She was born on February 7, 1975 in , , she was the daughter of the late Theresa Johnson () and Andrew Colford.

She is survived by her only daughter, Jorden (Desmond); her three sons, Tristyn, Brandon (Brianna), Dawsyn; her only grandchild, Liam; her boyfriend, Tim; ex-husband, Jerry; family, friends and her mother’s cat, Pickles.

Besides her parents, she was predeceased by her aunts, Rosie and Brenda.

Arrangements have been entrusted to the loving care of York Funeral Home, . In keeping with Mom's wishes there will be no visitation or funeral.  A Celebration of Life will be held at a later date following the spreading of her ashes.  For those who wish, remembrances may be made to a charity of the donor’s choice though is it encouraged to the Heart & Stroke Foundation of Canada. Personal condolences may be offered through www.yorkfh.com

Look inside to read what others have shared
Family and friends are coming together online to create a special keepsake. Every memory left on the online obituary will be automatically included in this book.
View Tribute Book
Share Your Memory of
Lori
Upload Your Memory View All Memories
Be the first to upload a memory!
Share A Memory
Send Flowers