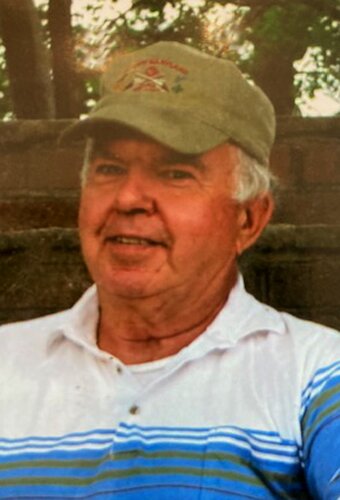 It is with sadness and sorrow that the family of James “ Ned” Doherty announces his passing at the Dr. Everett Chalmers Regional Hospital on Saturday, July 16, 2022. James was born on December 15, 1935, in Fredericton, NB; he was the son of the late Jack and Blanche (Hickey) Doherty. James was a devoted and much beloved husband of Betty (Wallace) Doherty for 55 years, until her passing. James began his working career with Royal Canadian Air Force, working with Atlantic Mussens; self employed for ten years and finishing his career with the Provincial Government under the Department Justice and Central Stores.

The family of James would like to thank all the staff of 4 SW of the Chalmers Hospital as well as the Doctors who saw James through this difficult time.

The Funeral Mass will take place at St. Theresa’s Roman Catholic Church on Thursday, July 21, 2022 at 12 noon with Father John Jennings as celebrant.  Service will be live streamed visit www.yorkfh.com Honourary Pallbearers for the service will be Ned’s grandchildren.   Masks are encouraged for the service.  Interment will take place in Douglas Rural Cemetery.  For those who wish, remembrances may be made to the charity of the donor’s choice.  Personal condolences may be offered through www.yorkfh.com