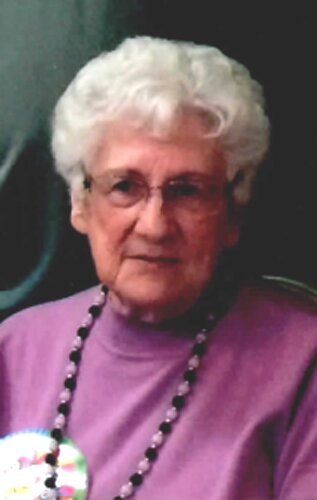 The passing of Shirley Marie Astle of Fredericton, NB, wife of the late George Astle occurred on Wednesday, July 13, 2022 at Pine Grove Nursing Home. Born on February 4, 1937 in Minto, NB, she was the daughter of  the late Harry and Cecilia (McDonald) McNeill. Shirley loved and adored her grandchildren and great grandchildren.

Visitation will take place at York Funeral Home, 302 Brookside Drive, Fredericton on Friday, July 15, 2022 from 7-9 pm.  The Funeral Service will take place at York Funeral Home's T. Gordon MacLeod Memorial Chapel, 302 Brookside Drive, Fredericton, NB on Saturday, July 16, 2022 at 1 pm with Rev. Chris Bennett officiating.  Interment will take place in Dayton Cemetery, Fredericton. For those who wish, remembrances may be made to New Brunswick Heart and Stroke Foundation or the charity of the donor’s choice.  Personal condolences may be offered through www.yorkfh.com