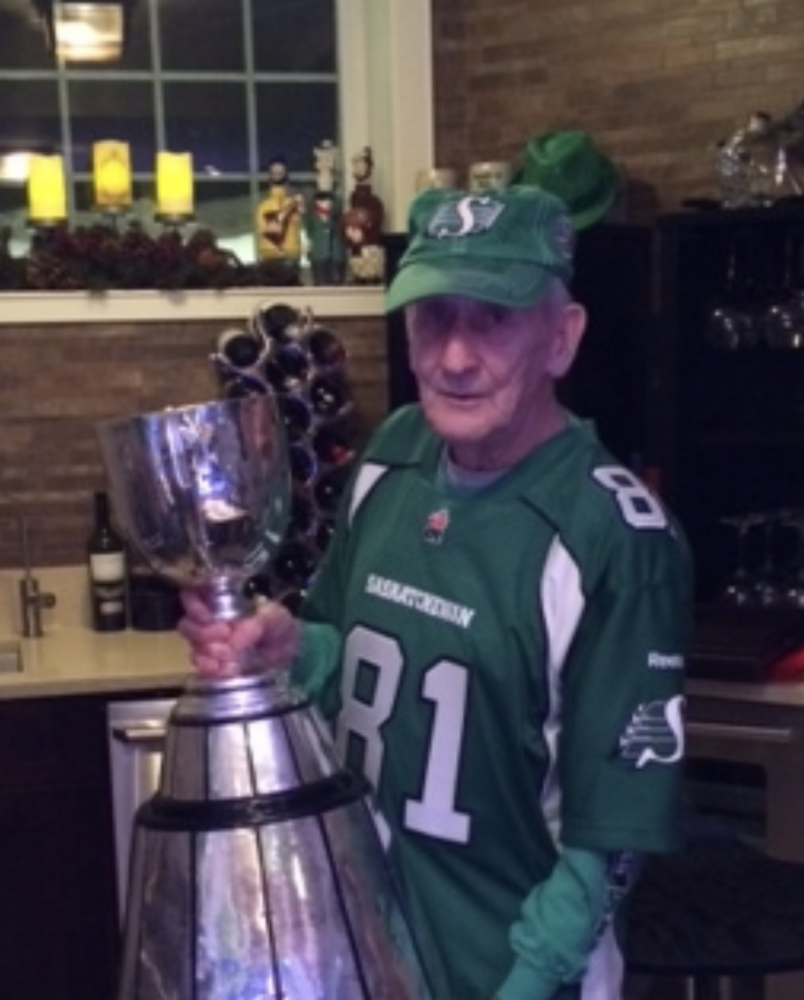 He is survived by his devoted and caring companion, June Dobbelsteyn; his children, Carie Brandvold (Roger) and Terry Gough (Daunine); grandchildren, (), Torry and Jarid; one great grandchild, Aubrey; several nieces and nephews.

Dad had a lengthy career in the Canadian Armed Forces. His journey started where he and his wife, Carolee, welcomed their daughter Carie into the world. In 1962 they moved to Baden Baden . Their son Terry was born in . While in they travelled extensively to many countries with their children.  The next adventure took them back to Ottawa in 1967, then Shilo, MN; Edmonton, AB; Moose Jaw, SK; Borden, ON; back to Edmonton, AB, then Moose Jaw, SK again and finally retiring there. Dad had many different jobs in the Canadian Armed Force, Canadian Airborne Regiment and the Army. He was a paratrooper, safety systems tech, did peace keeping duties around the world, and during retirement was a commissionaire.

BUT was always calling to him and he returned home in 2013 (we think to find his high school sweetheart, which he did).  He remained in until his passing .

He was a committed supporter of the Legion, Humane Society and of course the Saskatchewan Rough Riders.

Share Your Memory of
Gerald
Upload Your Memory View All Memories
Be the first to upload a memory!
Share A Memory
Send Flowers