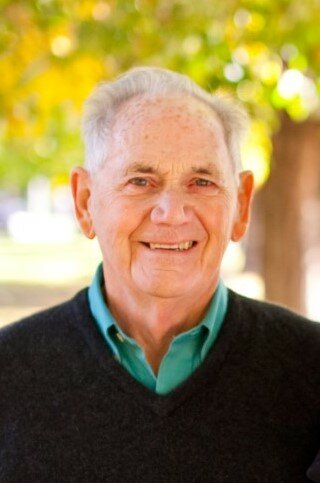 The family of Wesley Clowater, with sadness and relief, announce the passing of their husband and Dad after a lengthy illness. In life, however, Wes was a force. If you knew him, you knew you could count on him for help whether you liked it or not.

He was born in Nashwaaksis in 1944 a son of Ernest and Edith Clowater and grew up with seven brothers and one sister. In 1964, at only twenty years old, Wes and his two brothers Gordie and Donnie started their plumbing & heating company called E.W. Clowater & Sons. It quickly became a staple in the community.

Wes’s commitment to helping did not go unnoticed, in 1986; a devastating fire destroyed the building on Main Street. His perseverance and determination enabled him to have the company up and running within the hour from his dining room table. The whole community came together to help them out, even his direct competitors provided plumbing supplies so that Clowater’s could continue servicing their clients. Within four days, they were in a new location and fully operational.

Wesley’s passions were his family, his farm in Stanley and his work. One of the great joys of his life was his farm and, for 15 years, he hosted an annual potluck Thanksgiving Family Reunion. He felt it was important to get his brothers and sisters together and give the younger generations a day to get to know one another.

Wesley found such joy and excitement in his grandchildren, he was a grampy (yaya) that said yes and loved it. He played games, watched movies, took trips in his beloved convertible, watched countless sports and concerts and beamed with pride.

He is predeceased by his parents; Ernest and Edith (Foshay) Clowater, his brothers; Harold (Marie), Jim (Barb), Donnie (Marion), and Gordon; His sister Pauline Stephenson and his sister in law, Linda.

Visitation will take place on Friday, May 20th from 4 – 8 pm at York Funeral Home (302 Brookside Drive, Fredericton). The Funeral will be held Saturday, May 21st at 11am at the Nashwaaksis United Church (46 Main St. Fredericton) with Rev. Roland Murray officiating.  To view the service live stream go to www.facebook.com/yorkfh Followed immediately by Interment in St. Anthony’s Cemetery. A reception will be held at Wesley’s home (129 Maddison Ave) where everyone is invited to attend and share stories about Wes. In lieu of flowers, the family would ask that a donation be made to Hospice Fredericton or the York Care Foundation. Personal condolences may be offered through www.yorkfh.com. The family requests masks be worn during the visitation and the service.