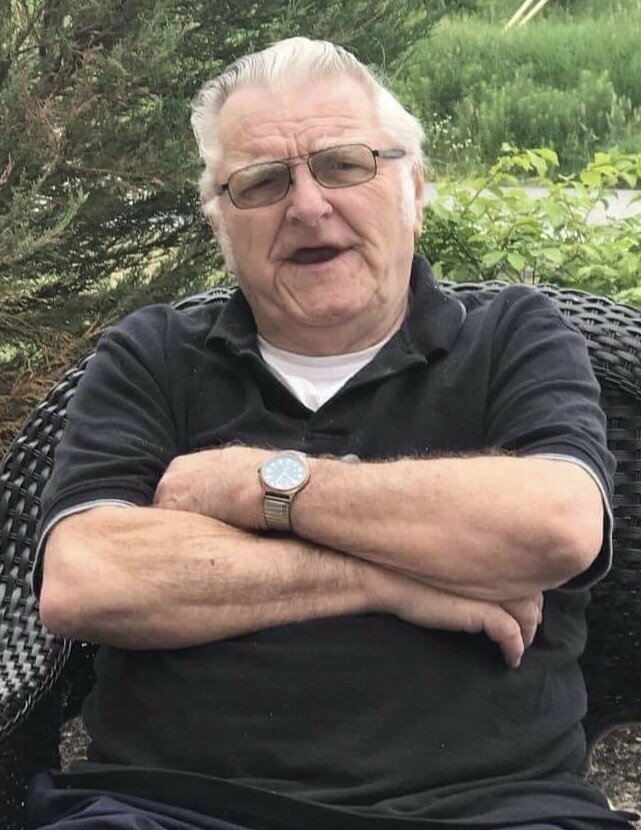 It is with great sorrow that the family of Ronald Eugene McKay of Fredericton, announce his passing on May 15 2022 at Frederick Hall Shannex, after a lengthy illness.

Ron was raised in Ripples NB and was a heavy equipment operator for many years. His greatest passion was working with cars and getting his hands dirty by tinkering in the yard. He had a love for nascar and stock car racing and was able to fulfill a lifelong dream by driving his own stock car at the Geary race track. He also loved hunting, fishing, being outdoors as well as our bbq gatherings with the family.

Ron had a way about him. With his iron fist and stubbornness passed down from his late grandfather Justice he was very strong willed and heavy handed. On the contrary his charm and wit would put a smile on anyones face. He loved being goofy. He was a giant teddy bear with a big heart and would never pass down a hug. We will miss that immensely.

A graveside service will be held on Friday May 20, 2022 at 3:00 pm at Ripples cemetery for family and friends with Brother Don McCarty officiating. The family would also like to express a sincere thankyou to the staff at Frederick Hall, Shannex for all your care and becoming like family to him. We very much appreciate it.