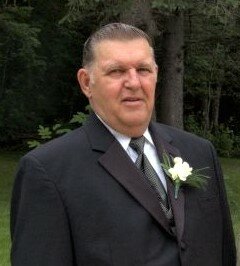 Please share a memory of Laurie to include in a keepsake book for family and friends.
View Tribute Book

It is with heavy hearts that the family of Lauriston (Laurie) Wayne Burtt of New Maryland, NB announce his passing after a prolonged illness on May 3, 2022 at Hospice Fredericton. Born on November 7, 1939 in Morehouse Corner, NB, he was the son of the late Oswald and Pauline (Estey) Burtt. He is survived by his loving wife of 51 years, Catherine (Logan) Burtt; daughters Shauna Burtt of New Maryland, NB and Sharla Hoyt (Jason) of Fredericton, NB; cherished grandson, Graeme Hoyt; his dear sister, Ardith Jones Lawrence; his nephew, Derek Jones (Sheila); two nieces, Janell Alward (Troy) and Donna Alward (Gammon); one nephew-in-law, Dr. Geoffrey Hampton; and several great- and great-great nieces and nephews. Besides his parents, he was predeceased by his niece, Dr. Janet (Jones) Hampton.

During his childhood, he relished his time on his maternal grandparents’ farm in Morehouse Corner. Much of his youth was spent playing baseball (as a catcher) and hockey (as a goaltender). Laurie began his career in finance but came to work for Agriculture Canada until his retirement in 1996. In his spare time, he enjoyed carpentry and woodworking projects and could be found “puttering” in his “shop” almost any time of the day; many have benefited from his skilled handiwork over the years. And he loved to vacation throughout the Maritimes with “his girls”. He was passionate about genealogy; he travelled many miles on the roads of New Brunswick (and sometimes Maine) and passed countless hours in the Provincial Archives in Fredericton and in his basement “office” researching his ancestors. The years he spent goaltending and coaching for the Keswick Valley 67’s meant so much to him. He was known as “Coach” to the players, whom he spoke of fondly as “a great bunch of boys”.

He was deeply invested in the welfare of St. Paul’s Anglican Church in Zealand, NB. In addition to being a member of the choir, he served on vestry and as warden. He attended faithfully every Sunday up until the start of his illness. Even during that first year, he attended as much as he could. He always derived pleasure from his church family and their fellowship.

Laurie will be remembered as a devoted family man, holding a special place in his heart for his nieces and nephew. He had an incredible wit, told a great story, and no one was safe from his special brand of teasing. He never hesitated to lend a helping hand and could always be relied on to “get the job done”. He will be greatly missed but never forgotten.

The family would like to thank the professional care provided by the many doctors and specialists throughout Laurie’s illness. We are especially grateful to the entire staff of the Extra-Mural Program who provided regular home visits and would come at a moment’s notice, and to Hospice Fredericton who provided exceptional care to him and our family during his final days.

A service will be held at York Funeral Home on Monday, May 9, 2022 beginning at 2 pm officiated by the Venerable John Sharpe. Interment will follow at St. Paul’s Anglican Cemetery in Zealand; all are welcome. Honorary pallbearers include John Hughes, Floyd Amos, Bill McKellar, Ted Seymour, Mark Jarman, Terry Fullarton, and Clyde Goodine.

For those who wish, the family would appreciate remembrances being made to the Anglican Parish of Bright – St. Paul’s Anglican Church Building Fund, the New Brunswick Extra-Mural Program, Hospice Fredericton, or a charity of the donor’s choice. Personal condolences may be offered through www.yorkfh.com

Share Your Memory of
Laurie
Upload Your Memory View All Memories
Be the first to upload a memory!
Share A Memory
Send Flowers