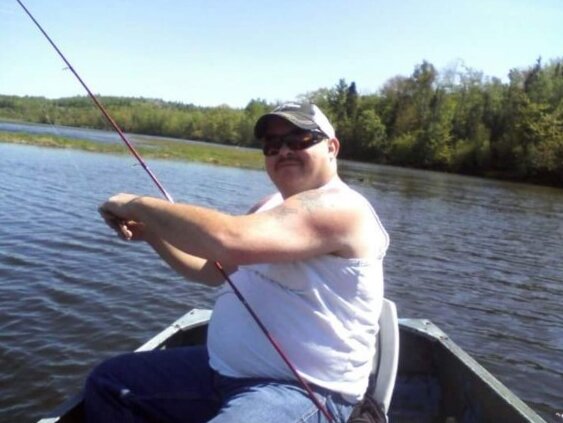 It is with great sadness that David Garnett has passed away on April 28, 2022.  He will be missed by his partner, Jackie Babineau; daughter, Megan (Alex); son, Gregory (Christine); his four beautiful grandchildren, Carter, Olivia, Viktor and Lilith; his mom, June; his siblings, Harry (Tammy), Brent (Tammy), Tony, Pam (Ron); several nieces and nephews and also great nieces nephews.  David was predeceased by his father, Curtis, and sister, Kimberly.

David had a love for the outdoors; he enjoyed fishing, cars, motorbikes, three wheelers, boats and camping.

In keeping with his wishes, there will be no visitation or service.  For those who wish, donations may be made to a charity of the donor’s choice.  Personal condolences may be offered through www.yorkfh.com

Share Your Memory of
David
Upload Your Memory View All Memories
Be the first to upload a memory!
Share A Memory
Send Flowers