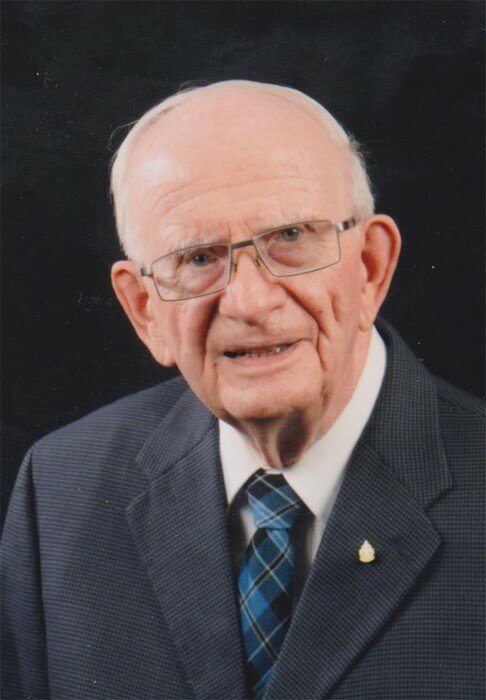 Many friends will be saddened to learn of the passing of the Rev. Clifford Reagh Moase, BA, MDiv, Minister Emeritus of Wilmot United Church, Fredericton, NB, which occurred at his home, Shannex Thomas Hall, Fredericton NB, on April 10.

Born Dec 12, 1928, he was the eldest son of the late Stewart and Ethel (MacNeill) of Kensington, P.E.I. Cliff was the loving husband of Joyce (nee Holmes) who passed in 2013.

Cliff is also survived by his sister Evelyn (Milt) Combs, North Sannich, BC., as well many nieces and nephews.

After education at Prince of Wales College in Charlottetown, Mount Allison University in Sackville and Pine Hill Divinity Hall in Halifax, and ordained by the United Church of Canada in 1952. He served churches throughout the Maritimes, retiring after forty years of congregational ministry.

He served on various committees of the United Church Presybyteries and Conference and as a commissioner to two General Council, and two terms on the Board of Regents of Mount Allison University. Cliff was Chaplain to the N.B. Legislative Assembly in the 1970s.

Cliff was instrumental in forming the first ecumenical council in Fredericton in the early 1970s with other clergy, including Rabbi Maurice Spiro and Father Jack Dolan. It was an early awakening of social justice and compassion, with all faiths working together for our community.

An interest in genealogical work led him to search out and publish much of the history of the Moase family back to about 1545 in Devon, England to the present, a lifelong endeavour.

Sincere thanks to the staff of Thomas Hall for their kind compassionate care of Dad.

Cremation has taken place.  Visitation will take place at York Funeral Home, 302 Brookside Drive, Fredericton, NB on Wednesday, April 13, 2022 from 7-9 pm. A celebration of his life will be held on Thursday, April 14 at 11 am from Wilmot United Church in Fredericton with Rev. Mary Tingley officiating.  A committal service will be held at a later date in the People’s Cemetery, Kensington.  Those attending any services will be required to wear a mask. Flowers are gratefully declined.  Memorials may be made to United Church, the Berwick United Church Camp Meeting, the Heart and Stroke Foundation or a charity of your choice.  Personal condolences may be offered through www.yorkfh.com

Celebration of Life (Masks are required)