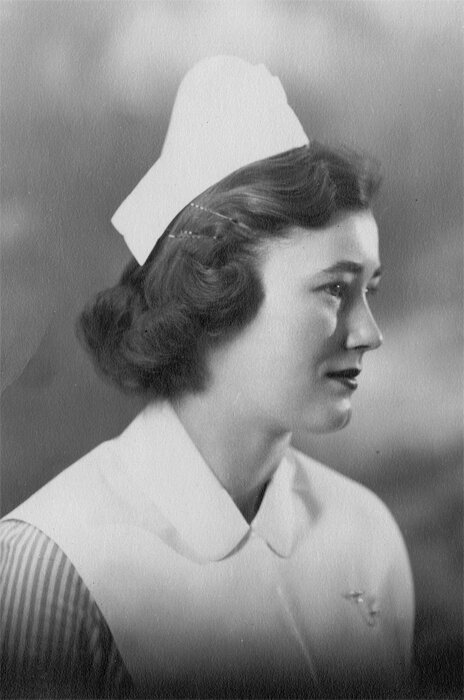 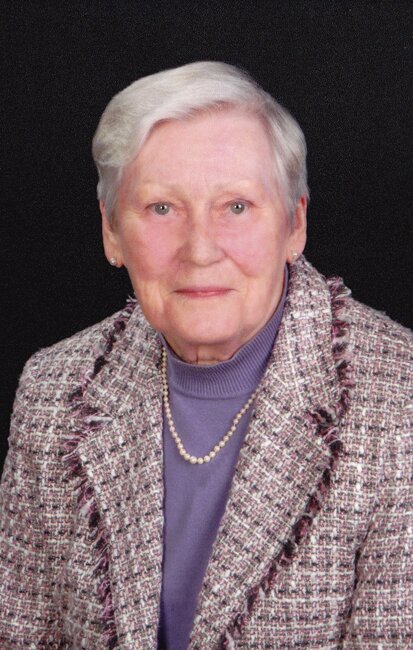 She is survived by her husband of 65 years, Hugh; son, John (Cathy); daughter, Kathryn (Kent); three granddaughters, Karen (Brad), Lori (Nick) and Susan who were an important part of her life; two sisters, Betty Eidt and Eva Wallace; several nieces and nephews. She was predeceased by her parents, Ruth and Edward Redden.

Reta began her nursing career at the Victoria General Hospital, Halifax and later moved to the Royal Victoria Hospital, Montreal. While there she participated with the operating room team in performing the first kidney transplant in Canada. Later she accepted the position of Operating Room Supervisor at the Shriners Hospital for Children in Montreal.

Reta enjoyed playing bridge, golfing, skiing and gardening. Each fall she went through a difficult period when frost destroyed her beautiful flowers. Knitting, sewing and quilting were her favourite hobbies and she also enjoyed walking the trails with the family dogs.

There will be no visitation by request. Rev. David Luker will conduct a memorial service at Keswick Ridge United Church on Tuesday, April 19, 2022 at 11 am. The family requests that masks be worn during the memorial service. Interment will be held at Forest Hill Cemetery, Glace Bay, N.S. at a later date. Memorial donations may be made to Keswick Ridge United Church or Shriners Hospital for Children or a charity of the donor’s choice. The family wishes to thank all the staff at Windsor Court for their compassionate care, especially those on the third floor. Special thanks to, Cassie, Krystle and Becky who comforted Reta and her family during her final days. Personal condolences may be made through www.yorkfh.com