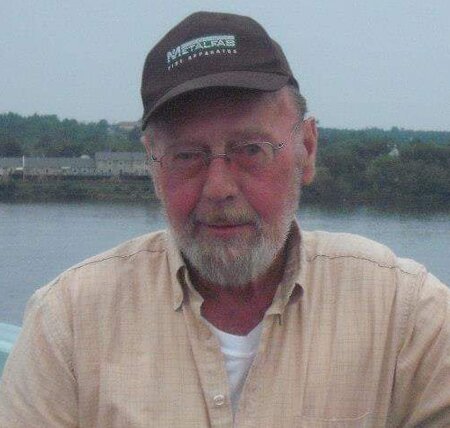 It is with great sadness that the family of Kenneth Seaboyer of Burtt’s Corner, NB announce his passing on Friday, April 1, 2022 at the age of 79.  He was the son of the late Douglas and Pearl Seaboyer.  Kenneth was born August 24, 1942.  He lived in St. Croix, NB in his younger years, moved to Toronto in 1963 and came back to New Brunswick in 1973 to raise his family in Burtt’s Corner.  He started his own business in 1976, Seaboyer’s Construction.  He was a contractor, building many buildings in the Fredericton and surrounding areas.   Kenneth enjoyed hunting fishing and playing crib.  He was a past member of the Burtts Corner Lions Club and volunteered for number of years for the Canadian Cancer Society.

Besides his parents, Kenneth was predeceased by his infant daughter, Barbara Marie and brother, Frederick Seaboyer.

Visitation will take place at York Funeral Home, 302 Brookside Drive, Fredericton on Tuesday, April 5, 2022 from 6-9 pm. A Funeral Service will be held from York Funeral Home’s T. Gordon MacLeod Memorial Chapel on Wednesday, April 6, 2022 at 2 pm with Archdeacon John Sharpe officiating. Pallbearers will be Jesse Leclair, Lucas Leclair, Walter Yeo, Wayne Foss, Patrick Drew and Andy Brewer. Honourary Pallbearer, David Moss. A Private Burial will take place in Burtt’s Corner Community Cemetery. For those who wish, remembrances may be made to the Fredericton Food Bank or to a charity of the donor’s choice. Personal condolences may be offered through www.yorkfh.com