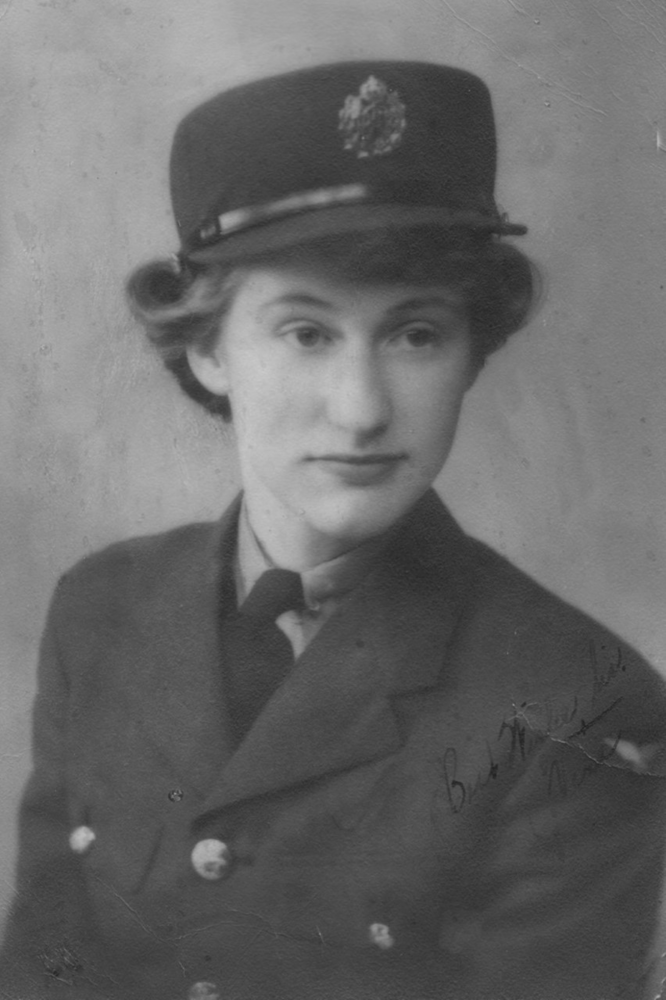 Vera Florence (Flewelling) Murray, also known as Gram or GeeGee, died at the Dr. Everett Chalmers Hospital on Thursday, 31 March 2022 after a brief illness. She was 96.

She was educated in Woodstock. She served with the Women’s Division of the RCAF during World War II where she rose to the rank of Sergeant. After she was demobilized, she attended Veterans School in Saint John, NB, where she met Arnold Maxwell Murray. They married at Fredericton in 1947.

She raised a family of nine children. As a beloved Gram (or GeeGee), she was one of most important influences for many grandchildren and great-grandchildren.

She read constantly, often researching information in her large collection of encyclopedias and reference books, which made her almost always unbeatable at Trivial Pursuits and Scrabble. She was an avid listener of CBC Radio and did crossword puzzles in pen. She could knit, read, watch TV, and answer questions all at once without missing a beat.

She will be fondly remembered by her children for her incomparable beef-barley soup, cheese pineapple squares, and whipped shortbread cookies (with a maraschino cherry on top), which were always popular at school bake sales. She will be missed dearly for her off-beat sense of humour and for her caring and giving nature.

She is survived by five daughters, Mairghread Murray of Vancouver, BC, Janet Dymond-Leavitt (David) of Stanley, Siobhan Laskey (Gerald) of Blackville, Christine Murray of Fredericton, and Nadine Murray of Ottawa, ON; four sons, Thomas Murray (Bonnie) of Victoria, BC, Ian Murray (Ebru) of Mount Pearl, NL, Lauchlin Murray (Anna) of Padua, Italy, and Dufferin Murray of Fredericton; 11 grandchildren, many great- and great-great-grandchildren, and several nieces and nephews.

Following cremation, there will be a private graveside service at the Fredericton Rural Cemetery at a later date. There will be no visitation.

In lieu of flowers, donations may be made to a charity of the donor's choice.

Share Your Memory of
Vera
Upload Your Memory View All Memories
Be the first to upload a memory!
Share A Memory
Send Flowers