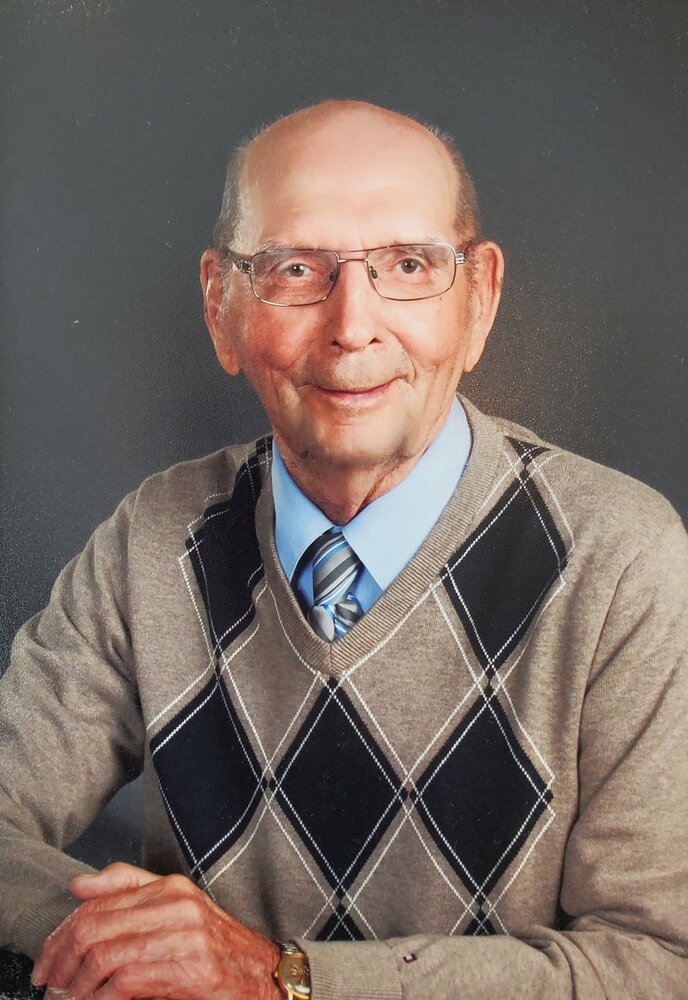 It is with great sadness that we announce the passing of Malcolm Sr. Carroll

O'Donnell “Mac”. He passed away peacefully at the Dr. Everett Chalmers Regional Hospital with family by his side on Wednesday, March 30, 2022, after a brief illness. Mac will be remembered for the love he had for his family. A man of strength and character, who enjoyed salmon fishing and camping. Mac was born April 16, 1926 in Carroll’s Crossing, NB to the late Baden and Irene (Carroll) O'Donnell.

He was employed with Russell & Swim Lumber for 44 years, retiring as a wood's foreman in 1990. He was a faithful and active member of the Anglican Parish of Ludlow and Blissfield, St. Andrew's Church, Doaktown - past warden & vestry committee member, a Synod Delegate and in September, 2016 was given the title of Lay Reader Emeritus. Mac was a member of the Masonic Landmark Lodge #51 joining in 1957. He served several Officer Positions through the years until he was installed as Master of the Lodge in

1970. On Dec.1, 2017 he was granted Life Membership in the Landmark Lodge. He also served as the Inner Guard at age 93, the oldest serving Officer in New Brunswick at that time. He was also a past member of the Board of Directors of the Central New Brunswick Nursing Home. During the 1980's he was an active volunteer member of #571 St. John Ambulance Service, Doaktown Combined Division. He was a member of the North Shore Regiment Reserve for 3 years 1942-43-44. In his spare time, he enjoyed fishing and camping, travelling throughout Canada and the United States, especially to Fort Fairfield Maine, to their lifelong friends Floyd & Greta Barker. Mac was a kind, giving, thoughtful and compassionate man who had great wisdom far beyond his education. His memory for reciting verses remained until his final days.

The family will receive visitors at York Funeral Home’s Miramichi Valley Chapel, 7681 Route 8, New Bandon, NB on Friday, April 1, 2022 from 7-9 pm. At the request of the family masks are mandatory at both the Funeral Home and the Church. The Funeral Service (Limited Seating) will be held at St. Andrew's Anglican Church, Main Street, Doaktown on Saturday, April 2, 2022 at 2 pm with Rev. Neil Osiowy officiating. You are invited to attend the Interment which will be held at a later date in St. Andrew's Cemetery, Russell Hill. Memorials may be donated to the Anglican Parish of Ludlow and Blissfield or to a charity of the donor’s choice. Personal condolences may be offered through www.yorkfh.com