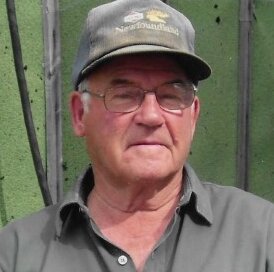 With great sadness, the family of Norris “Nork” Winfield Weaver announce his passing on Tuesday, March 29, 2022 at the Central New Brunswick Nursing Home in Boiestown, NB.

Nork was the son of the late Perley and Helen Weaver. He is survived by his sisters, Olive and Carol (Bill); brother, Gerald (Joanne); sister-in-law, Carrie; several nieces and nephews.

Besides his parents, he was predeceased by his sisters, Eva and Marion; brothers, Donnie, Ivan, Lyman and Archie; sister-in-law, Reta; brothers-in-law, Fraser, Murray and Stuart.

Arrangements have been entrusted to the loving care of York Funeral Home’s Miramichi Valley Chapel. In keeping with Nork’s wishes, there will be no public services. Interment will take place at a later date. Personal condolences may be offered through www.yorkfh.com