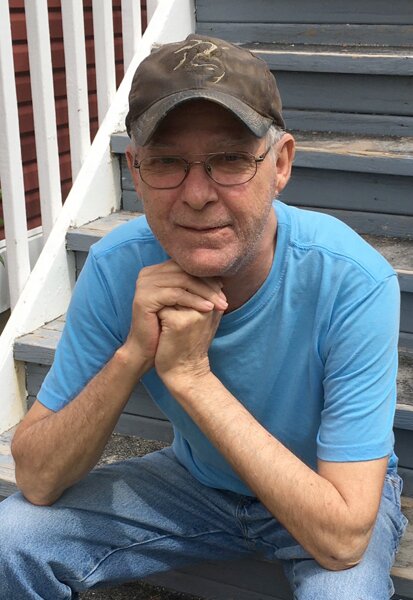 The passing of Kenneth Wayne Urquhart occurred on Tuesday, March 22, 2022, born on June 23, 1954 in Gagetown, NB, he was the son of the late Gordon and Gertrude (Weir) Urquhart.  Wayne fought a long battle with cancer and passed away peacefully at Hospice House in Fredericton.  We are grateful to the doctors and nurses that have assisted him in this four year battle with cancer.  A special thank you to Dr. Keith McMullin who was both a dentist and pastor/spiritual advisor to Wayne in the past few years.   He is survived by three brothers, Donald (Debbie) of Ontario, Doug (Bernice) of Fredericton, David (Donna) of Fredericton and one sister Judith Urquhart of Fredericton.  He was predeceased by his sister Marilyn (Brian) Hovey of Maine.

Wayne spent his early years working in the optical trade first in Fredericton, then in Calgary and later in Burnaby, BC, returning home in the spring of 2002.  He immediately got a job working for Therma Ray in Industrial Park, obtained his High School Equivalency Diploma and worked for this company until 2018 when he began his long battle with cancer. Wayne’s hobbies included skiing, fishing, reading, cooking and especially loved car restoration programs and working on models.

Visitation will take place at York Funeral Home's T. Gordon MacLeod Memorial Chapel, 302 Brookside Drive, Fredericton, NB on Friday, March 25, 2022 from 1 to 2 pm with a Funeral Service to follow immediatley at 2 pm with Pastor Jerome MacDonald officiating.  Interment will take place at Waterborough Baptist Cemetery at a later date.  For those who wish, remembrances may be made to the charity of the donor's choice. Personal condolences may be offered through www.yorkfh.com