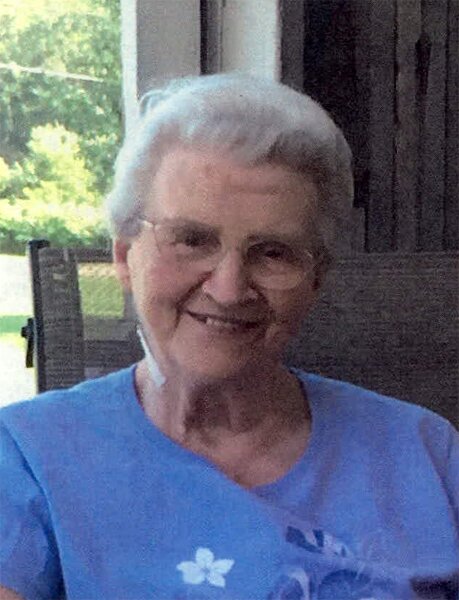 The passing of Elma Waltis Elizabeth White of Fredericton, NB, wife of the late Clarence White, occurred on Sunday, March 20, 2022 at York Care Centre.  Born on June 17, 1930 in Royal Road, NB, she was the daughter of the late Robert and Ruth (Saunders) Henderson.  Elma was affiliated with the Burtts Corner Christian Church.  She was an avid gardener and had a love for animals.

Elma was the last surviving member of her immediate family. She is survived by several nieces and nephews.

Visitation will take place at York Funeral Home, 302 Brookside Drive, Fredericton, NB on Tuesday, March 22, 2022 from 7-9 pm.  The Funeral Service will take place from York Funeral Home's T. Gordon MacLeod Memorial Chapel on Wednesday, March 23, 2022 at 2 pm with Rev. Dan Foreman officiating.  Interment will take place in Burtts Corner Community Cemetery at a later date.  For those who wish, remembrances may be made to a charity of the donor's choice.  Personal condolences may be offered through www.yorkfh.com