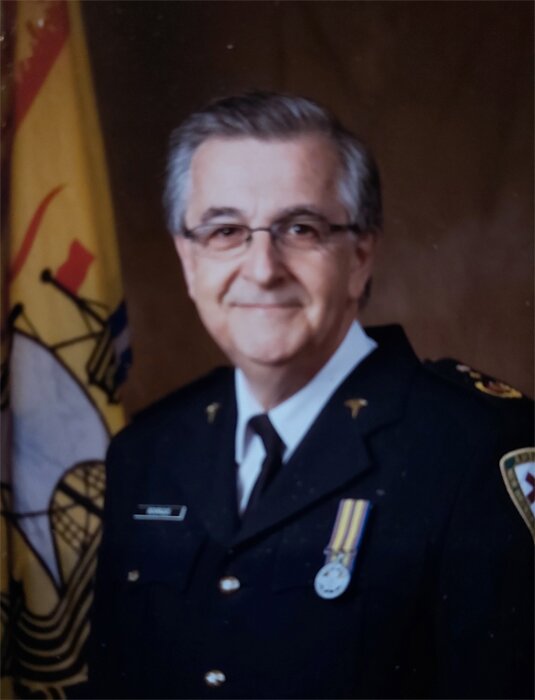 The family of Yvon Jacques Bourque of Fredericton is deeply saddened to announce his unexpected passing on March 17th, 2022. Born on April 20th, 1952, in Dalhousie, NB, he was the son of the late Leo and Marguerite Bourque.

He was predeceased by his brothers-in-law, Hector DeGrace and Claude Paradis of Dalhousie, NB.

Yvon very much loved his dog Quemby. She had him well trained.

He had a long and varied career in Emergency Medical Services in New Brunswick. Starting his career in Campbellton as a Paramedic, he moved through various positions in management in Fredericton and Moncton, spending his last several years as Director of Operations for Ambulance New Brunswick. Yvon loved his job, so since retirement, he became a First Aid Instructor and Instructor/Trainer at St. John Ambulance.

He enjoyed riding his Honda Goldwing. He spent much of his spare time building dioramas of World War 2 and loved touring through Europe with Sharon, particularly in Normandy, France. Yvon’s most recent interest was golf.

Remembrances can be made to the Brain Aneurysm Foundation of Canada, St. John Ambulance NB, or donor’s choice.

At Yvon’s request there will be no funeral or visitation. A private family interment will take place in late spring.  Personal condolences may be offered through www.yorkfh.com

Share Your Memory of
Yvon
Upload Your Memory View All Memories
Be the first to upload a memory!
Share A Memory
Send Flowers