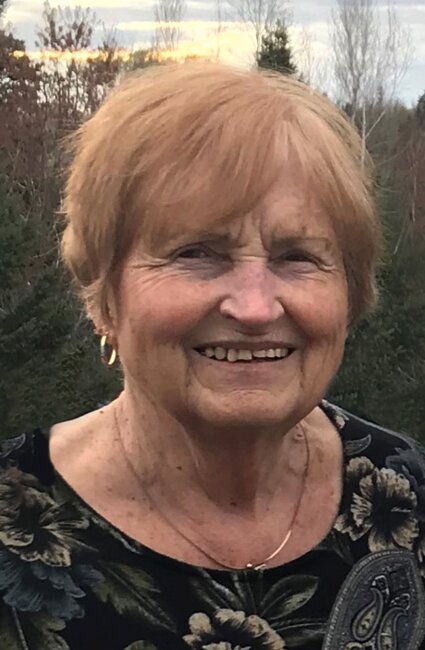 It is with heavy hearts and great sadness we announce the death of Alma Rita Kupkee who passed away peacefully at the DECH on March 13th, 2022. Born on February 13th, 1943, in Leger Brook (Cap-Pelé), she was the first-born daughter of the late Alfred & Dauphine (Brun) LeBlanc.

She was predeceased by her parents; her mother-in-law Elizabeth Perry; brothers in law Tony Kavcic & Bliss Richard.

Mom grew up in Cap-Pelé and after graduating high school she moved to Fredericton to attend Teachers College in 1960. It was during this time she met Dad who worked at Hall’s bookstore across the street from the college. She graduated in 1962 and married Dad on October 31st, 1964, in Cap-Pelé. Gary came along in 1965 and then Tracey in 1974. Mom left teaching after Gary was born and began working at Zellers. Later, she started working with the Provincial Government and did so for over 35 years where she retired. After retirement Mom & Dad enjoyed golfing, boating along the river, traveling to Florida, Las Vegas and taking Cruises around the Caribbean. In the early years when Gary & Tracey were younger, we enjoyed camping, traveling, day tripping around the east coast.

Mom loved her role as Nanny. She treasured every moment with her grandkids; she took this role on with so much love, joy and happiness. Sarah, Riley, Ava, Leah & Hudson all held such a special place in her heart, and it became her mission in life to spoil and love them unconditionally. Nanny looked forward to her visits with the Ontario grandkids (Sarah & Riley) for several years and was so excited when they moved to NB and could have more frequent visits with them. Ava, Leah & Hudson were so fortunate to have Nanny & Grampy provide daycare/afterschool care for them. Those years created an incredible bond, and we will forever be grateful for this special time they had. Whether it was treats, baking, sending a little extra spending cash, holidays, birthdays, sleepovers or watching the kids play sports, she has filled a lifetime of beautiful memories for them to remember her with and they will miss her beyond words.

Mom was a wonderful wife & mother, so kind, patient, generous, always a worrier, loving, strong and supportive. Mom & Dad had a beautiful life together. You rarely ever saw one without the other. Joined at the hip some would say.

Alma/Mom/Nanny was immensely proud of her family and leaves behind nothing but beautiful memories to cherish. Her family was her everything and she was ours. Forever in our hearts, she will be missed.

To honour Alma’s wishes there will be no visitation or service. A private burial will happen at a later date. The family would like to thank the nurses and doctors at the DECH in the ICU for their incredible care, compassion & support while taking care of Mom in her final days as well as the nurses, doctors & extra mural staff over the past few months.