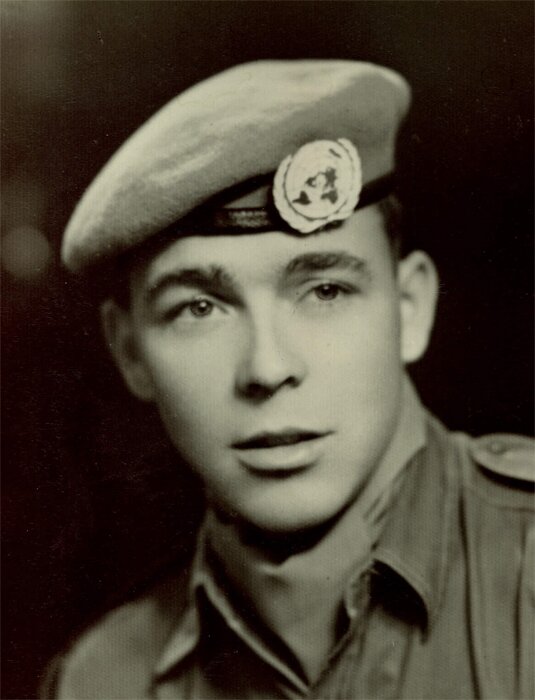 Gerry left us on Thursday, March 3, 2022 with much sadness and emptiness in our hearts and our lives.  Born in Bellville, Ontario, February 28th, 1946, to the late Lynn and Dorothy (Layte) Forward.  As painful as this is for us, we also know that God has taken away Gerry’s pain and to bring peace to one of his most kind and generous children.

Gerry has had a 23-year career in the military excelling in promotions to attain Chief Warrant Officer, then a second career of 22 years as Assistant Regional Director of Emergency Preparedness, speaking fluently in both languages.  He has done military tours in Germany, Cyprus, and Egypt, succeeding in many courses with the achievement of becoming an electrical mechanical engineer.  Given the MEDAL OF BRAVERY for saving the life of a fellow soldier under duress, Gerry has also received many accolades for giving countless blood donations over the years, which he was most proud.  A man you could count on at any time for any reason.

In his younger years he sang in a band entertaining many with his amazing vocals.  Well into his later years sitting around with his guitar, entertaining friends and family, always singing, always happy.

His three favorite past times were FISHING, FISHING, and FISHING. Later walking from bridge to bridge and around town, talking to people he met whether he knew them or not.

Notwithstanding, he adored his family, watching on silently, letting them spread their wings, letting them make their own decisions (with a little advice) and stood proudly at how they would handle the good and the bad.  So proud of his two sons who took up Law Enforcement, an honorable career and something he was so very proud to speak about to his friends

A great father and GRANDFATHER, he was amazed how his granddaughters were so smart, kind and giving and the apple of his eye Matthew, watching him play hockey, playing in the snow with him and entertaining him in the pool.  The beats of his heart were his boys and grand kids.

He loved his dearly beloved Shih Tzu’s, Mitsu, Bishi, Midge, Ms Dudley, and Minnie. Leaving behind Patience, his cat, who he so fondly called “Precious”.

Visitation will take place at York Funeral Home, 302 Brookside Drive, Fredericton, NB on Saturday, March 5, 2022 from 4-6 pm.  A Memorial Service will take place from York Funeral Home’s T. Gordon MacLeod Memorial Chapel on Sunday, March 6, 2022 at 2 pm with Pastor Chris Walker officiating.  The service will also be live streamed at www.yorkfh.com.  Interment will take place in the Hermitage Cemetery at a later date.  In lieu of flowers, donations may be made to the Alzheimer Society of New Brunswick or the SPCA.  Personal condolences may be offered through www.yorkfh.com