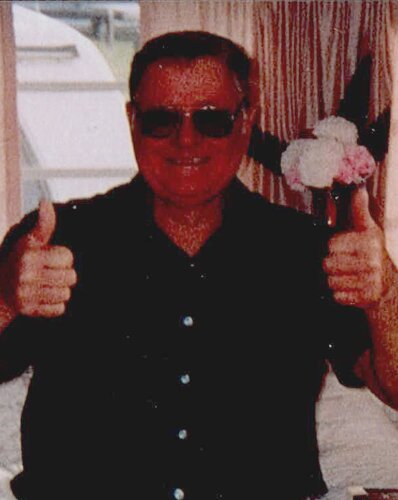 It is with breaking hearts that we, the family of John Archibald Couturier, announce his passing at the Dr. Everett Chalmers Regional Hospital on Tuesday, February 22, 2022, surrounded by his family. John was born August 11, 1938 in to the late Napoleon and Mary-Alice (McKinnon) Couturier.

In addition to his parents, he was predeceased by his brother, Peter Couturier and his youngest son, Rick Couturier.

He was raised in Middle Musquodoboit, NS, before he left home in September of 1956 to begin his military career with the Canadian Armed Forces. Upon his honourable release as a Corporal, John moved to before returning to to work with the Department of Transportation, where he retired. John will be remembered for his smile that lit up a room, his sense of humour, his fight, his love of the outdoors, life, family and his cat, Bugsy. He will be deeply missed by all those who were fortunate enough to have known him. Our family would like to extend our sincere appreciation to all of the staff in the palliative care unit at the DECH for their support and caretaking during this time.

Per John’s requests, there will be no visitation or public service. A Private Graveside Service will be held at a later date at , near his home. In lieu of flowers, donations can be made in John’s name to the . Personal condolences may be offered through www.yorkfh.com