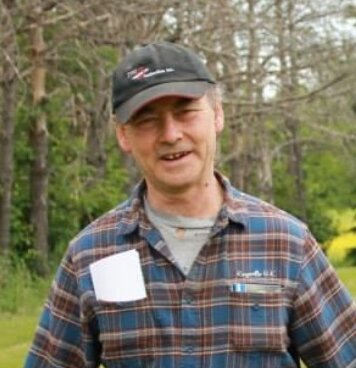 It’s with great sadness, we announce the passing of Paul Anderson of Kingsley, NB, which occurred on Tuesday, February 22, 2022 at the Dr. Everett Chalmers Hospital.  Born in Fredericton, NB on July 22, 1958, he was the son of the late Lorne Anderson and the late Geneva (Demerchant) Anderson.

Paul spent most of his life as a welder owning his own company (P.A.W.S) for years and most recently working for Caldwell and Ross Limited.  He enjoyed being outdoors, playing cards, crib, Skipboo, darts and having a couple beers with friends.  He enjoyed weekly card games/ crib with Chester Cusack.  Chester and Susan were closest friends and neighbours but considered more as family.  Paul loved Kingsley and the community.

We would like to say a special thanks to the community who have treated us a family over the years. Also, to the wonderful staff at the DECH and York Funeral Home.

Family will hold a private gathering at a later date.  No funeral service will be held at this time.  In lieu of flowers, donations may be made to the Canadian Cancer Society or the IWK Hospital.   Personal condolences may be offered through www.yorkfh.com