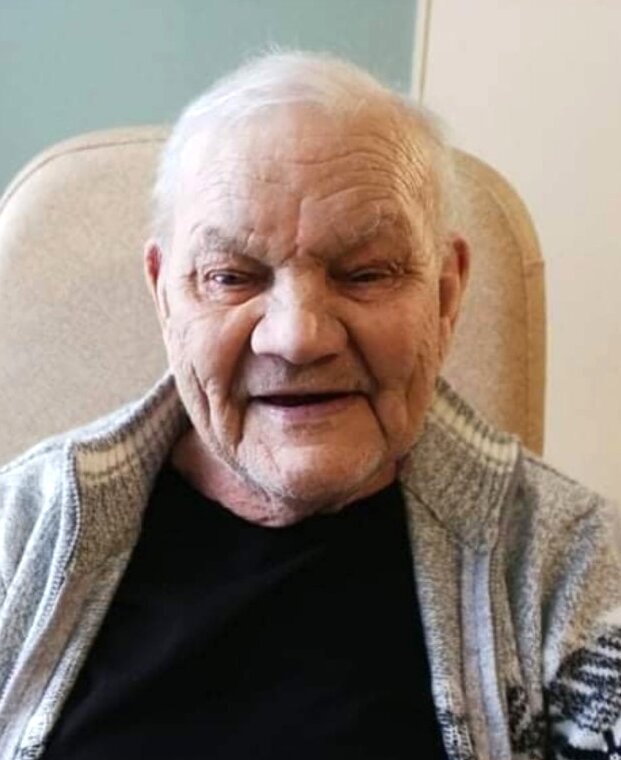 The passing of Eliard Joseph Breau, husband of the late Elsie (Stewart) Breau, took place on Thursday, February 10, 2022 at the Nashwaak Villa, Stanley, NB. Eliard was 98, born March 14, 1924 in Chatham Head, NB. He was the son of Victor Breau and Adelaide St. Coeur.

Eliard was a woods worker all his life. He was known as the man with the big wood pile on the Nashwaak.

Special thanks to the staff of 4NE at the Dr Everett Chalmers Regional Hospital for the wonderful care they gave him. An extra special thank-you to the staff at Nashwaak Villa for all the love and kindness they showed him and his family. They made his time there the best it could be.

At Eliard’s request, there will be no public services. A family burial will be held at a later date. Donations, if wished, may be made to Nashwaak Villa, Nashwaak Bridge Cemetery or a charity of the donor’s choice. Personal condolences may be offered through www.yorkfh.com