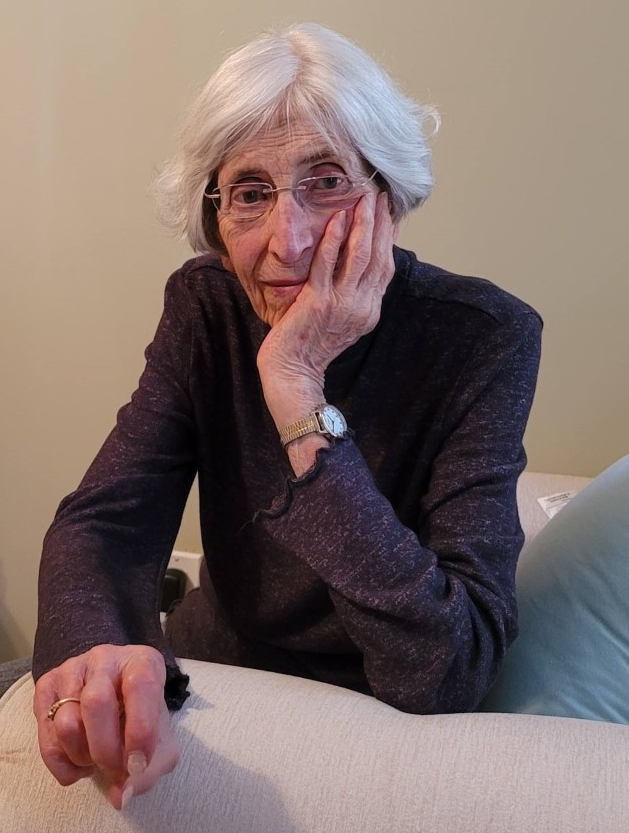 Born and raised in Truro, NS she was the daughter of A. R. Coffin and Eleanor (Sugatt) Coffin. Her summers were spent at the Spencer’s Point family cottage on Cobequid Bay (Bay of Fundy).

She attended Mount Allison University, graduating with a degree in Home Economics.  She met her husband, Heber, while there and they married on August 30, 1950.  The family moved several times before settling in Sackville, NB in 1967.  She raised 6 children, earned a teaching certificate and taught for 25 years at Sackville High School and Tantramar Regional High School.

Marie wanted to see the world, so after retirement she & Heber spent several years (the go-go years) traveling; often accompanied by her sister and brother-in-law, Beth and Vernon Smith.  In 1998 they decided to relocate to Fredericton (the slow-go years) to be closer to family.  Marie continued to travel, on her own, after Heber’s death in 2006.

She was articulate, funny, creative and deeply interested in and well informed about world events (she read the Globe & Mail daily - cover to cover). She delighted in sharing the articles and stories with her family and if that sparked a discussion or debate so much the better. She expressed herself through her sewing projects, elaborate family meals and the beautiful gardens around her home.  She was incredibly supportive without feeling the need to voice her opinion on how things should be done (we’re sure she bit her tongue on more than one occasion).

The family would like to thank the incredible staff of Paradise Villa (Tranquility Lane) and the Extra Mural Nurses for the kind and compassionate care they provided to her. Donations may be made to the Alzheimer’s Society or the charity of your choice in lieu of flowers.

Share Your Memory of
Marie
Upload Your Memory View All Memories
Be the first to upload a memory!
Share A Memory
Send Flowers