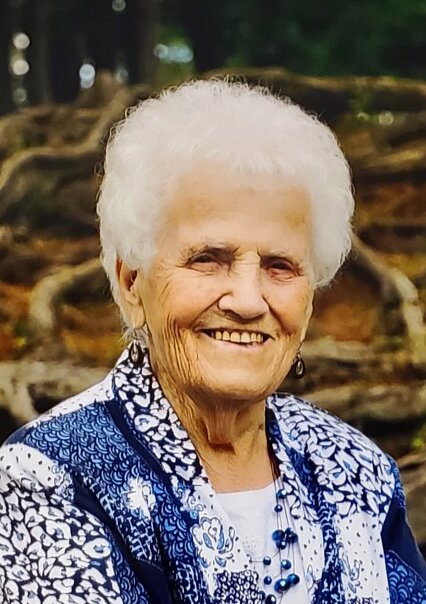 In the loving comfort of her family, Kathleen Sadie Hovey, wife of the late Galen Hovey, passed peacefully on Friday, February 4, 2022 at her home in Porter Cove, NB. Born on June 2, 1928 in Grand Manan, NB, she was the daughter of the late Albert and Elizabeth (Cheney) Knight. Kathleen had worked for Kimberly-Clark and was a member of . She had a passion for quilting to the enjoyment of the many friends and family members who have received one over the years.

Arrangements have been entrusted to the loving care of York Funeral Home’s Miramichi Valley Chapel. Due to current health concerns, a Graveside Service will be held in at a later date. For those who wish, remembrances may be made to the Canadian Cancer Society or the New Brunswick Heart and Stroke Foundation. Personal condolences may be offered through www.yorkfh.com