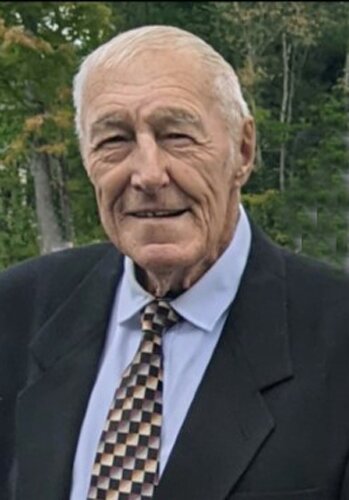 The passing of Donald Hector Morrison of McLeod Hill, NB, partner of the late Isabel M. Bell, occurred on Tuesday, February 1, 2022 at home.  Born on May 25, 1936 in Devon, NB, he was the son of the late Daniel "Louis" and Louise (Bernard) Morrison. Don worked for NB Power and retired in 1992, after 35 years.  After retiring, he would enjoy time golfing or spending time at second hand stores, wheeling and dealing.  Donald loved to travel and he enjoyed many winters in Florida.  He enjoyed singing and was gifted at harmonizing with others.

There will be no services by request at this time; a Graveside Service will take place in Rockland Cemetery, McAdam, NB, at a later date. For those who wish, remembrances may be made to New Brunswick Heart and Stroke Foundation or the charity of the donor’s choice.  Personal condolences may be offered through www.yorkfh.com