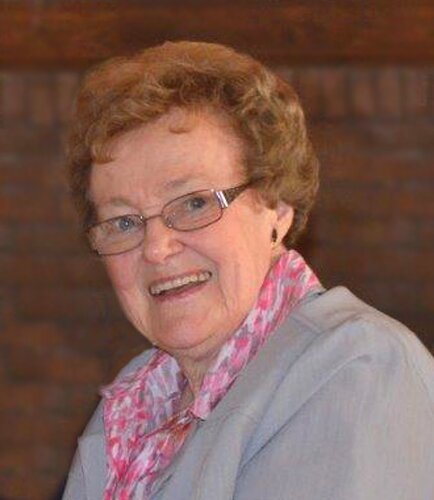 With deep sadness, the family of Eleanor Grace Murphy announces her passing on Tuesday, February 1, 2022, at Paradise Villa in   Born on April 30, 1931 in , she was the daughter of the late James and Mabel (Sherwood) MacNaughton.

She was employed by York County Properties which later became York Manor. She was there when the first residents arrived in 1968 and worked there for 25 years, retiring in 1993. She was an avid baseball fan and enjoyed watching the Blue Jays. She took great pride in watching her two grandsons play baseball and one of her proudest moments was in 2013 when she was inducted into the NB Softball Hall of Fame for winning the 1953 Maritime Senior Ladies Softball Championship, playing with the St. Dunstan’s CYO ladies softball team.

She was the last surviving member of her immediate family. Besides her parents, she was predeceased by her brother, Earle MacNaughton; sister, Doreen Gallant; brother-in-law, Cleo Gallant, sister-in-law Betty MacNaughton; three nephews and infant great-grandson, Carter Merrill.

Arrangements have been entrusted to the loving care of York Funeral Home. Due to COVID19 concerns, there will be a private graveside service in Douglas Rural Cemetery , at a later date. The family would like to thank the staff at Paradise Villa for taking such great care of mom and treating her like family these last three years. For those who wish, remembrances may be made to the Canadian Institute for the Blind or the Chalmers Hospital Foundation.  Personal condolences may be offered through www.yorkfh.com