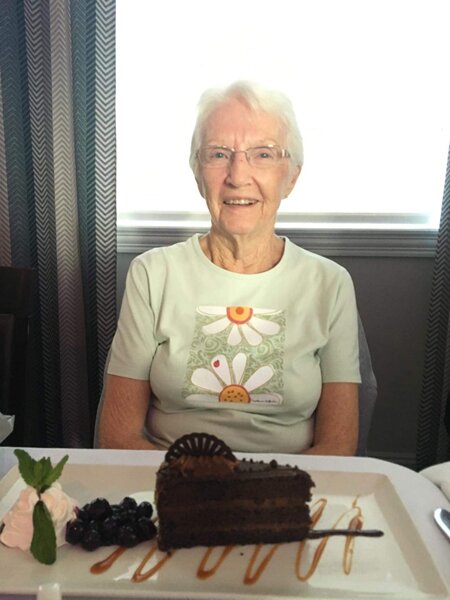 The passing of Margaret Ann Cameron of Fredericton, NB, wife of the late Walter Cameron, occurred on Tuesday, January 25, 2022 at Paradise Villa.  Born on September 12, 1937 in Nashwaaksis, NB, she was the daughter of the late Samuel and Margaret (Beck) Gilbey.  Ann worked as a Bookkeeper.  She was always active, enjoyed bowling and also lawn bowling. Ann was an active member of her church.  She also liked doing crafts.  Helen Gilmore was her dear friend, and they could often be found together enjoying each others company.

A Memorial Service will take place at St. John the Evangelist Anglican Church on Saturday, May 7, 2022 at 2 pm with Rev. Paul Ranson officiating.  Interment will take place in St. John the Evangelist Anglican Cemetery.  For those who wish, remembrances may be made to Paradise Villa or the charity of the donor's choice.  Personal condolences may be offered through www.yorkfh.com