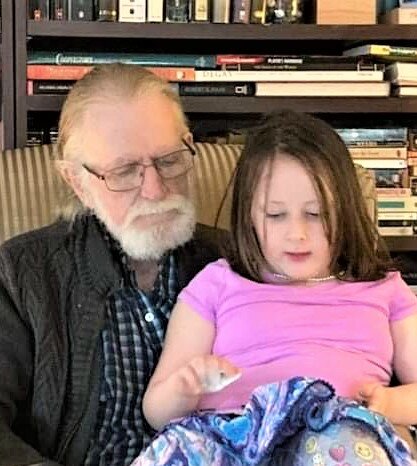 Bryce A. Eagles has entered the phase of his life where he is held in the hearts and memories of family and friends. He joins his father Malcom Eagles and mother Doris (Thorne) Eagles and mother-in-law Helen A Bishop. Bryce is remembered by his loving wife Rose Cole, son Benjamin, daughter Dayna, daughter Kristin (Kevin) and son Neil (Lisa). In addition, Bryce was blessed with five wonderful grandchildren Taylor, Micah, Asher, Aram and Lillian. Bryce is also survived by his two brothers David (Elizabeth) and Derek (Pam), as well as a niece, two nephews and numerous cousins from both sides of the Eagles and Thorne family tree.

He was born on November 14, 1953 in Moncton, the third son of Malcom and Doris. Two days later he took up first residence on a dairy farm at a wide spot in the road at the intersection of Scott Road and Wheaton Settlement Road. Most of his pre-school days found him traveling the roads with his father in the milk truck. During these travels Bryce‘s cuteness was able to convince the staff at the various dairies to share their ice cream products. After the milk run Bryce could be found with father riding various tractors or equipment assisting with field work. Of course as the ‘supervisor’ Bryce was in early learning mode for his future employment prospects.

Upon graduation from high school at Salisbury Regional High School in 1971, Bryce started his 25 year career in the financial services industry. This experience allowed him to live and work in each of the Atlantic provinces and Ontario, and to meet a varied cross-section of folks from all walks of life. In 1996 disillusioned with profit and greed in the corporate sector Bryce returned to New Brunswick.

Once back in his home province and working for a non-profit he met his soul mate Rose. In 2015 the Rose & Bryce partnership became officially recognised as a marriage. Bryce, Rose and three of her children moved to Fredericton in 2003. While Rose attended university Bryce started work at Accenture and continued there until his retirement in 2018. His retirement allowed him to spend more time with Rose, working in the gardens and with his grand daughter Lilly, all of which brought him peace and enjoyment.

At Bryce’s request, a private Celebration of Life will be held at a later date. For those who wish, remembrances may be made to the Canadian National Autism Foundation. Personal condolences may be offered through www.yorkfh.com

Share Your Memory of
Bryce
Upload Your Memory View All Memories
Be the first to upload a memory!
Share A Memory
Send Flowers