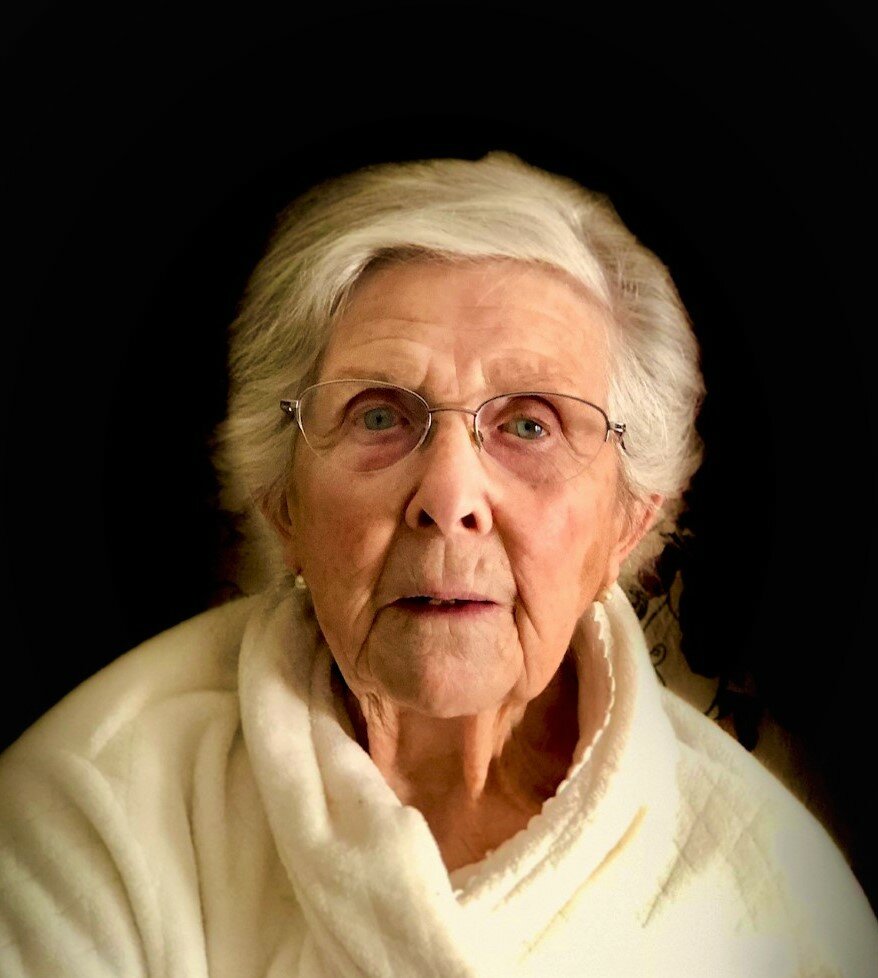 Dorothy (Rosbottom) Reynolds passed away on January 19, 2022 at Shannex Neill Hall, Fredericton. She was born February 2, 1924 to Joseph and Edith Rosbottom in Bolton, Lancashire, England.

In addition to her parents, she was predeceased by her husband Dr. Edward Nicholas Reynolds and their son Edward Nicholas “Nicky” Reynolds. Dorothy was the last surviving member of her immediate family.

Mother was a creative person who loved to paint, garden, cook, make Irish knit sweaters and knit crazy socks for her family and friends. An accomplished seamstress, she delighted in finding ways to repurpose fabric for the growing family. Committed to life-long learning, in her mid 40’s she learned to fly and obtained her private pilot’s license. In her 70’s, she developed her computer skills and used her computer to research and keep in touch with family and friends. Mother was an avid reader and ensured that love was passed on to her children. Her taste in music was firmly classical. Her sense of humor always evident and purely Lancashire. She was a strong, smart, brave and beautiful woman who will be missed.

Her family extends a heartfelt thank-you to the Neill Hall staff who gave care and comfort to her on her final journey.

At her request there will be no visitation or service. As per her adamant instructions there will be a celebration of her life at a later date. “No crying allowed” DMR.

Arrangements are in the care of York Funeral Home, 302 Brookside Drive, Fredericton, NB. Personal condolences may be offered through www.yorkfh.com