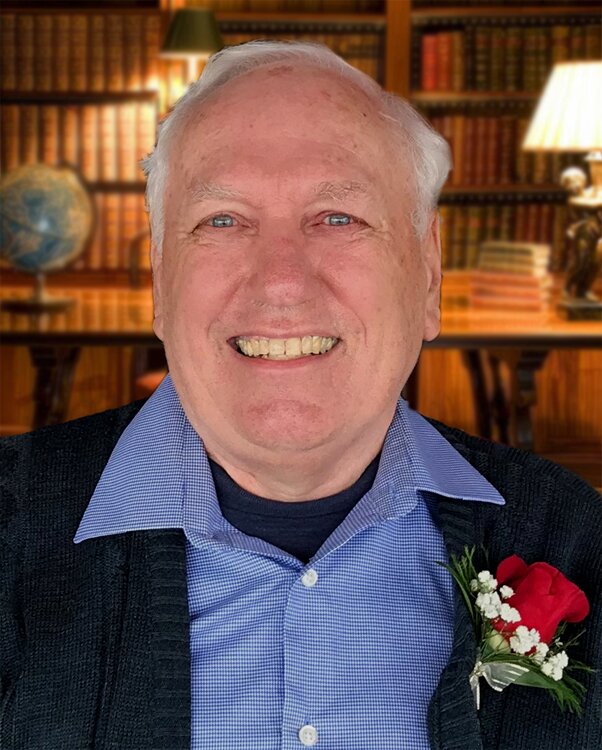 The passing of Lloyd Coffin of Fredericton, NB, occurred peacefully on January 12th, 2022 with his wife by his side.

Born on November 16, 1942 in Charlottetown, PEI, he was the son of the late Willard and Lona (Jay) Coffin.

Graduate of Mount Allison University, Lloyd had a fulfilling career with CN Rail which moved the family from Moncton, NB to Beaconsfield, QC. They resided there for 27 years and many lasting friendships were made. His love of trains included model railroading and riding the rails across Canada, and often from Montreal to the Maritimes.

As lifelong member of the United Church, he served on Presbytery and chaired various committees including the Board. He sang bass in various choirs, including church choirs directed by his wife. He was a longtime member of the Boy Scouts movement holding several positions including that of District Commissioner. He was a member of the Masonic Lodge (Keith and Alexandria), volunteered as an educational tour guide at the Ecomuseum and had a keen interest in Astronomy.

Lloyd will be fondly remembered for his love of family and friends, his gentle sense of humour and his smile.

Given the current COVID-19 restrictions, a service will be held at a later date.

For those who wish, donations may be made to Wilmot United Church, Alzheimer's Society or to a charity of your choice. Personal condolences may be offered through www.yorkfh.com

Share Your Memory of
Lloyd
Upload Your Memory View All Memories
Be the first to upload a memory!
Share A Memory
Send Flowers