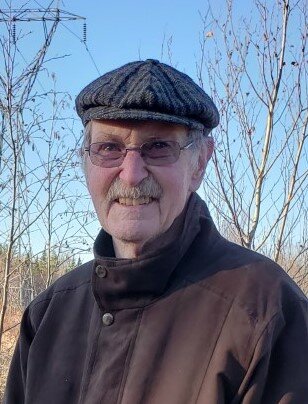 The passing of David Lingford Brigham of Oromocto, NB, husband of Edith (Coldwell) Hughes-Brigham, occurred on November 22, 2021 at White Rapids Manor.  Born on September 16, 1938 in England.  He was the son of the late John and Lily (Askwith) Brigham.  Dave was a self-employed Craftsman. He was a very talented wood worker and carver. He lived his life as a gentle, loving and kind man.

Special thank you to the staff of White Rapids Manor for the exceptional care Dave received during the four years he resided there.

A graveside service will be held at All Saints Anglican Cemetery, Keswick Ridge. For those who wish, remembrances may be made to a charity of the donor’s choice. Personal condolences may be offered through www.yorkfh.com

Share Your Memory of
Dave
Upload Your Memory View All Memories
Be the first to upload a memory!
Share A Memory
Send Flowers