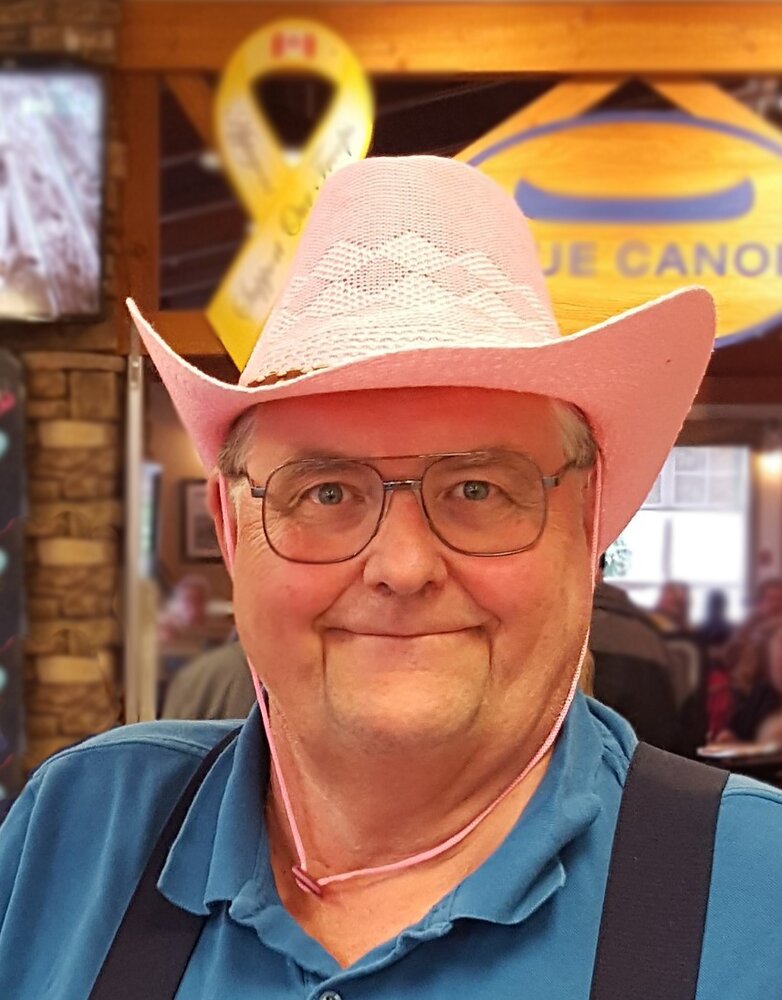 It is with great sadness that the family of the late Stephen Charles Burtt announces his passing in Fredericton, New Brunswick on November 8th 2021.  Stephen was born to Effie and Cecil Burtt on June 7th 1954. He went to Fredericton high school in 1973.

Stephen first started working at McDonalds as a cook. He then worked for a few years for NB power on the transmission crew building transmission towers.  Around 1981 Stephen moved to Alberta and became a power lineman where he first started in Athabasca, Alberta working for TransAlta Utilities.  After a few years in Athabasca, he transferred with TransAlta to Airdrie, Alberta.  Stephen also volunteered his time as an auxiliary member of the R.C.M.P., when Stephen left TransAlta he finished his working career in Alberta as a utility locator.

In 2008 Stephen moved his family to Fredericton, New Brunswick where he worked for the Canadian Corps of Commissionaires.  Stephen worked at the Fredericton parking services as a commissionaire until his untimely death.

Stephen enjoyed swimming, camping, wood working, playing with his grandkids, and visiting family and friends.  Stephen In his younger years was a member with the Capital City CB Club where his handle was Gentle Giant.  Stephen was also a member of the fish and game association.

He is preceded in death by his parents, Cecil M Burtt, and Effie B Burtt (Merrithew); many other aunts and uncles.

There will be no viewing or funeral but a celebration of life at a later date. In lieu of flowers, donate to your favorite charity.

Share Your Memory of
Stephen
Upload Your Memory View All Memories
Be the first to upload a memory!
Share A Memory
Send Flowers