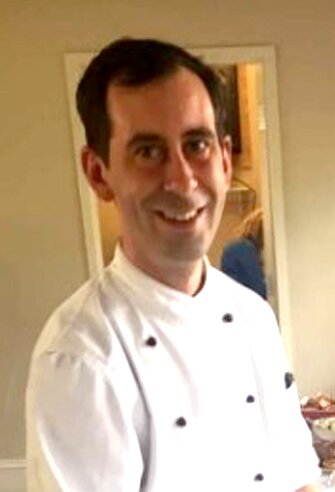 The passing of Andrew Joseph Brewer of Nauwigewauk, NB occurred on Sunday, October 31, 2021.  Born on August 30, 1981 in Fredericton, NB, he was the son of Edwin Brewer and the late Theresa "Terri" (Bourque) Brewer.  Andrew worked as a Red Seal Chef for Cask&Kettle Irish Gastropub.  His son was the most important thing in life, he enjoyed every moment spent with him. Andrew enjoyed travelling and camping.

A Public Graveside Service will take place in St. Joseph's Cemetery, 3624 Route 620, Tay Creek, NB on Saturday, November 6, 2021 at 2 pm with Father Maria Arokiam Chinnapan and Father Monte Peters officating; masks will be required at the graveside. In lieu of flowers, remembrances may be made to the Just Friends Food Bank, Stanley, NB or the charity of the donor’s choice.  Personal condolences may be offered through www.yorkfh.com