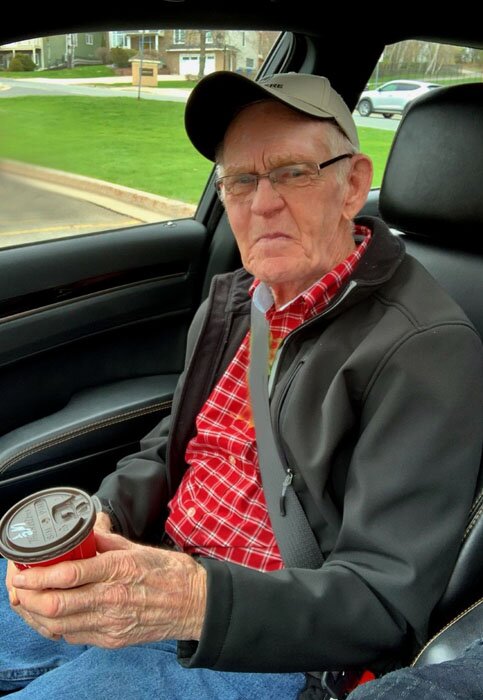 The passing of Carl Edwin Merrill of , , husband of the late Joyce (Fyfe) Merrill, occurred on Friday, September 10, 2021 at York Care Centre, after a lengthy battle with (PSP) Parkinson's. Born on May 19, 1940 in , he was the son of the late Harry and Gracie (Smith) Merrill.

Carl started his career with Ashley Colter Ltd., then was a truck driver for Imperial Oil, until an early retirement; then went to work for Diamond Construction and lastly, Springhill Construction.  It was said that working was his hobby but his true happy place was up in his woodlot in where he spent his free time along side his brothers cutting wood.

He enjoyed spending his time at Tim's with the "boys" having his small "muddy".  He enjoyed fiddle music and attended many local music events.  He was a life member of the Landmark Masonic Lodge of Boiestown, NB.

There will be no visitation.  A Memorial Service will take place at York Funeral Home's T. Gordon MacLeod Memorial Chapel, on Thursday, September 16, 2021 at 11 am with Rev. Kelly Burke officiating.  Honourary Pallbearers for the service will be Herbie Hunter, Kevin Scott, Greg Thomas, Jeremy Brewer, Jamie Jones and Alex Metherell.  Masks are not mandatory but appreciated.   In lieu of flowers, remembrances may be made to the Parkinson Foundation, York Care Foundation or the charity of the donor’s choice.  Personal condolences may be offered through www.yorkfh.com