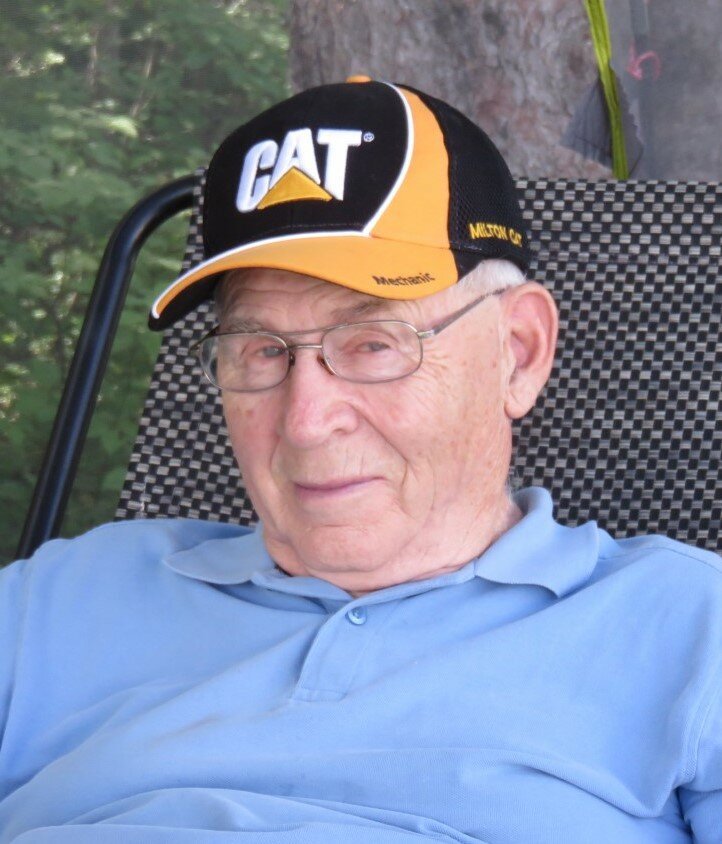 Bradford Kent Flemming (1932 – 2021) passed away peacefully at the Oromocto Hospital on September 8th, with his wife Donnalene by his side. Bradford was born in Maplewood, NB, the eldest son of James and Mary (Briggs) Flemming.

At a very young age Bradford was skilled in many professions including farming and woods work. He started working for York Flooring in 1964 and remained there through the company’s final transition to Devon Lumber where he retired in 1997. He will forever be remembered for his green thumb and beautiful vegetable gardens. Following his retirement, he could often be found walking at Willie O’Ree or around the Killarney Lake.

Survived by his loving wife of 58 years, Donnalene (Douglass), son Kent and daughter Nettie and son-in-law Arden Whitlock. He will be greatly missed by grand children Bradley (Melissa), Mitchell (Oli) Jenna and Bailey. He was very proud of, and enjoyed spending time with his great grandsons Noah and Jaxon.

Arrangements have been entrusted to the loving care of York Funeral Home. There will be no visitation, the family wishes that everyone remain safe and healthy. A Graveside Service will be held in Taymouth Community Cemetery on Saturday, September 11, 2021 at 2 pm with Pastor Normand McDonald officiating. The family would like to sincerely thank all of the wonderful nurses, LPN’s and his doctors at the Oromocto Hospital who took such good care of Bradford over the past few months. Remembrances can be made to the Taymouth Community Cemetery. Personal condolences may be offered through www.yorkfh.com