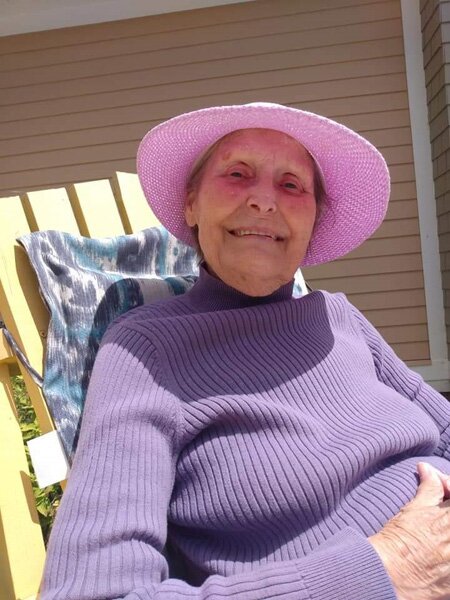 The passing of Edna Norris Gillen of Fredericton, NB, wife of the late William Havelock Gillen, occurred on September 7, 2021 at Dr. Everett Chalmers Regional Hospital.  Born on February 15, 1936 in Hamilton, ON,  she was the daughter of the late Mary Alice (Ogden) and Norris Whitehead.

Edna's family meant everything to her, she took great pride in raising her 7 children, and later caring for and spending time with her grandchildren. She also enjoyed working in her extensive flower gardens when she lived in Keswick Ridge, and doing cross stitch, for which she won multiple ribbons at the Fredericton Exhibition.

A Funeral Service will take place at York Funeral Home's T. Gordon MacLeod Memorial Chapel, 302 Brookside Drive, Fredericton, NB on Friday, September 10, 2021 at 11 am with Rev. Paul Ranson officiating.  Interment will take place in Forest Hill Cemetery, Fredericton. For those who wish, remembrances may be made to Canadian Diabetes Association or donor’s choice.  Personal condolences may be offered through www.yorkfh.com