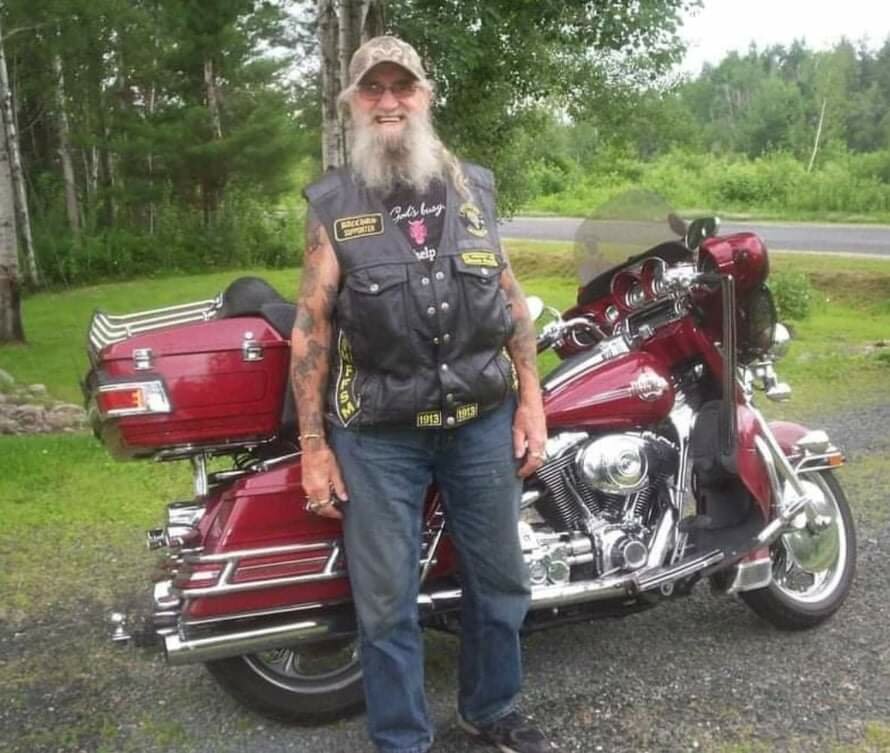 It is with broken hearts and great sadness the passing of Donald “Si” Thomas Barry occurred on September 3, 2021 at Hospice Fredericton. Born on August 26, 1941 in Chatham NB.  Donald “Si” will be sadly missed by his loving and devoted wife Maude (Hinchey) Barry. They were a wonderful couple and loved each other dearly.

Si loved his Harley Davidson and the brotherhood from his club Stormins Men MC. He felt the love from everyone around him and cherished every moment he spent with the other motorcycle club and his brothers.  Si was an avid gardener, along with his wife Maude, they grew many beautiful plants over the years.

Si could comfort anyone with his gentle smile and a hug. Si had a zest for life and a story to tell for almost everything that ever happened to him in the past 80 years. Si was such a good man and was so proud of his friends and family. Si was loved and respected by everyone who met him. Si bragged about his wife Maude and how lucky he was to have her in his life.  Also, how he hit the jackpot with his in-laws, the Hinchey Family, Maude’s sisters and brothers. Si will be missed by everyone who knew him.

Ride On and may you rest in peace.

Visitation will take place at York Funeral Home, 302 Brookside Drive, Fredericton, NB on Wednesday, September 8, 2021 from 6-8 pm.  A Funeral Service will be held from York Funeral Home’s T. Gordon MacLeod Memorial Chapel on Thursday, September 9, 2021 at 1 pm with Rev. Matthew Maxwell officiating.  Pallbearers for the service will be Ray Goodine, Darrell Carr, Richard Maillet, David Humphrey, Andy Messer and Tony Steeves.  Honorary Pallbearers will be Roger Gaudet, Foster Bullock, Ryan Munn and Mark Adams.  Interment will take place in Bloomfield Ridge United Cemetery.  For those who wish, donations may be made to Hospice Fredericton (Palliative Care Resource Network Inc.) or to a charity of the donor’s choice.  Personal condolences may be offered through www.yorkfh.com