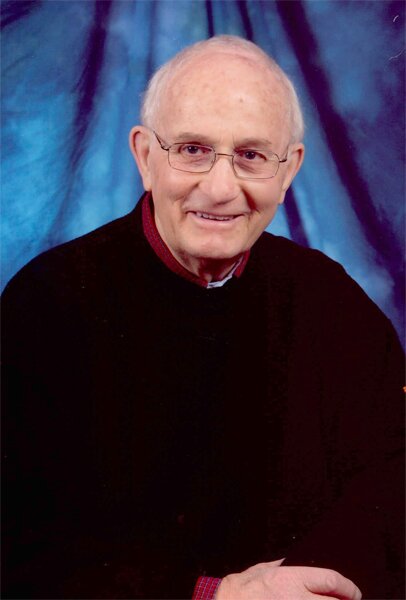 It is with a heavy heart, that we announce the death of James William Reid (Bill) McCarthy, age 89, on Sept 2nd in the palliative care unit at the . We are so grateful he was under the care of the palliative team and passed peacefully as his spirit floated out into the remnants of Hurricane Ida. A special thank you to the outstanding medical team who cared for him at the and to Dr. Justin Parker, his amazing family doctor.

Born in on May 28th, 1932, J.W.R (Bill) McCarthy, was the son of the late Clarence and Doris (Armstrong) McCarthy. Bill was predeceased by his loving wife June Catherine McCarthy (Gregg) in 1995.

Bill was very proud of and loved his family. His family truly was his pride and joy.

In 1957, Bill graduated from the of , as a civil engineer and started his career in with the Canadian National Railway. In 1960, he transferred to CNR headquarters in as the Assistant Terminal Design Engineer working on the new rail yards. He returned to in 1964, with June and daughter Mary Lynn, to work in the Dept of Transportation, on the new projects. In 1969, he was transferred to as the Divisional Engineer Maintenance, where he, June, Mary Lynn, and Ian lived for 17 years. During this time in , Bill became very fond of the local music and culture and developed some lasting friendships. Many tears were shed in the car, as they drove away from to their new home.

After June’s passing in 1995, Bill moved from to in 1998, the home of his alma mater where he reconnected with university friends. He met Eleanor Phillips, with whom he then shared 21 years. Bill thoroughly enjoyed living in , driving up the hill to visit UNB and dining in his favorite restaurants with Eleanor. Bill also enjoyed his many road trips with Eleanor throughout the maritimes sightseeing and visiting friends. He especially loved driving to St Andrew’s for dinner and including friends in those trips. As Bill became ill in recent years Eleanor stayed by his side. We will always be grateful for Eleanor’s kindness, compassion, and care for our Dad.

In keeping with his wishes, cremation has taken place. Interment will take place in in the family plot.

Bill was a passionate supporter of the Fredericton Soup Kitchen, Fredericton Men’s Shelter, Fredericton Hospice and St Paul ’s United Church . For those who wish to make a donation, please consider one of these organizations.