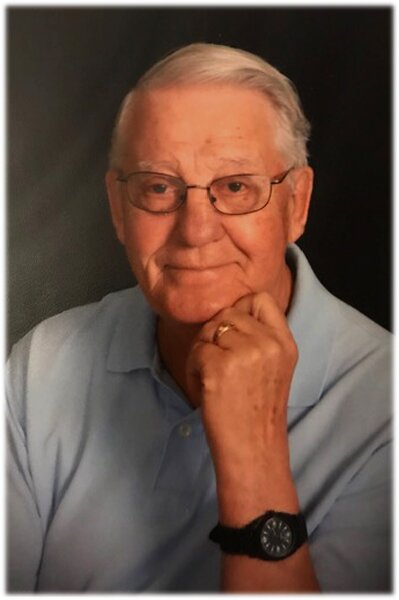 It is with profound sadness that we announce the death of Lloyd Robert Sproul of on Wednesday, September 1, 2021 at Hospice House Fredericton, NB, after a lengthy battle with chronic myeloid leukemia.

Lloyd is survived by his wife of 61 years, Nirah (Larsen) and only daughter, Kelly Ann Dewsbury, the light of his life. Lloyd was born in Fredericton and is the youngest son of the late Wesley and Hilda Sproul. Lloyd is survived by his brother, James Sproul and his wife, Doris; sister, Lois Park (late George) both of Barrie, Ontario; brother-in-law, Marty Larsen, Princess Park; sister-in-law, Carol Ashton and her husband Brian, Fredericton; cousins, Herbert Fillmore (Karen), Marilyn Hoar (Dave), John Logue and Leslie Dickinson (Carol); many nieces and nephews.

Besides his parents, Lloyd was predeceased by his only son, Lloyd Ronald Sproul; his in- laws, Mary and John Larsen; his brother-in-law, Gerald (Jake) Larsen; cousins, Kathy Fillmore, Jeffrey Fillmore and their mother, Anne Fillmore.

Lloyd attended schools in and later Rothesay Collegiate and in , , and commenced working in the printing industry in the where he worked on Better Homes & Garden and Vogue magazines as well as a weekly newspaper. After returning to NB, he worked for Unipress and The Daily Gleaner and eventually did commercial printing on his own. After retiring from printing, he spent his days making improvements to his beloved where he enjoyed life with friends from early childhood days reminiscing about days bygone.

Lloyd was an avid duck hunter and in his earlier years could be found out on the Grand Lake Meadows with his hunting buddy, the late Carmen Purves and Toby, his Labrador retriever, from October 1st to well into December. He was also a supporter of Ducks Unlimited.

The family would like to thank the staff of Palliative Care Unit of DECRH as well as Hospice House for their wonderful care and friendship while Lloyd was a patient there. The nurses’ constant pampering was thoroughly enjoyed by Lloyd.

A Memorial Service and reception will be held on Tuesday, September 7, 2021 at 2 pm at York Funeral Home’s T. Gordon MacLeod Memorial Chapel, with Rev. Paul Thompson officiating. Interment will take place at a later date. The service will be available via live streaming at www.yorkfh.com

If you choose to make a donation in memory of Lloyd, please consider Hospice House, Fredericton SPCA or charity of your choice. Personal condolences may be offered through www.yorkfh.com